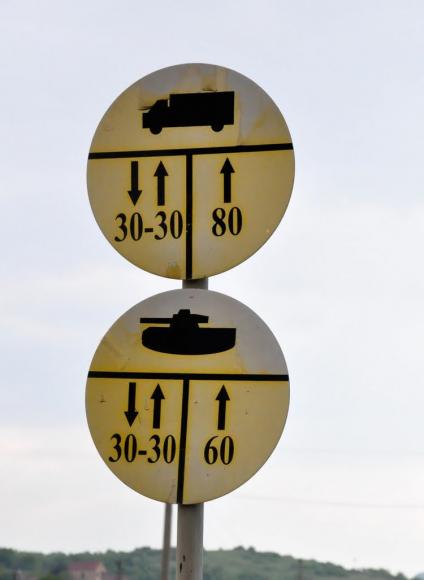 From the Serbian town of Raška, we understand so many things. First of all, we must not say the word "border " with reference to Kosovo, distant 9 km to the south, along the curves of the Ibar river.

For the Serbs there is no solution of continuity and the signage does not announce frontiers. The border does not exist because Kosovo is and remains Serbia for the Serbs.That something does not come back, however, is said by the rarest traffic and the quality of the road, which is gradually less cared for. When the line of trucks arrives, customs prefabs and UN armored vehicles, Kosovo arrives and everyone plays his part.

Under the agreements of December 2013, the Serbs accepted the checks of a Kosovar police as long as they are ethnic Serbs. At the checkpoint of Jarinjë (known as Gate 1) together with the customs officers there is always an official of Eulex, the EU body heir to UNMIK, administrator of Kosovo on behalf of the United Nations after the war. Until 2012 the pass was considered to be at high risk of attacks.

The Serbs do not put the outgoing stamp on the passport. In input instead cancel the Kosovar one. It's all surreal, but even this is Europe.

Northern Kosovo (geographically the Metochia), according to unwritten agreements, remained in the hands of the Serbs. Subsidized by Belgrade to keep the garrison on a land considered sacred, they live among the angular hills suspended in time. It is still worth the dinar.

From Gate 1 in a few tens of km between asphalt pits, uncultivated grass, Serbian flags, barbed wire checkpoints and concrete blocks, you come to Mitrovica.There is a rigid area between Leposavic, Zvenac and the Orthodox monasteries of Socanica and Sokolica. We still read written against NATO, which during the war months of the '99 came to perform even 600 incursions a day against the Vojska and the Serbian paramilitaries. In these parts between '98 and '99 the brisk methods of the "red caps" of JSO, the Serbian special force born after the dissolution of the Arkan Tigers, they have become history.

Talking to someone about massacres and war crimes is difficult. To the atrocities carried out by the Serbs, the Albanian reprisals of the ÇK were added in the ethnic counter-conspiracy left when the war ended. There are thousands of people who are missing and the Hague Tribunal, unclear on the Kosovo affair, is not present. 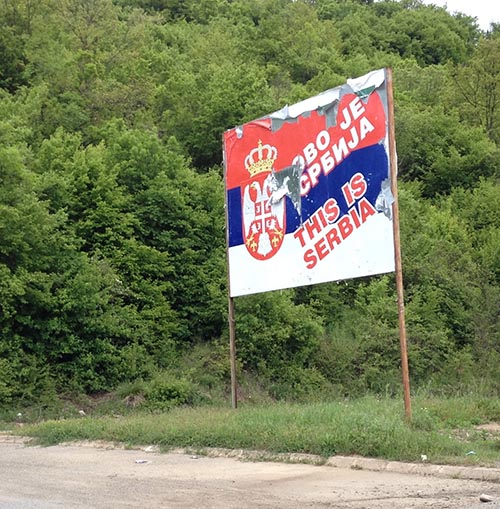 Once you enter Kosovo from the north, talking is useless. Everything remained frozen from the 99. Grudges, where possible, have hardened. In a land where it is impossible to forget, at the same time no one likes to remember.

The Kosovo war, an infamous web of inhuman violence, has today turned into a silence that leaves no gaps. A misty climate of rural poverty is told in small details.

Many cars are running without number plates: whoever enters the territory controlled by the Serbs removes the new Kosovar plaques out of respect or to avoid trouble. That of the plates is a geopolitical issue in itself. Once those of Pristina started with PR and those of Prizren with PZ. After the self-proclaimed independence of Kosovo, they carry the initials 01 and 04. Old plates still circulate in northern Kosovo. It seems to have remained thirty years ago.

From the middle of Mitrovica down the Serbian flags disappear and Albanian writings appear: the ÇK becomes an icon. Even the moods change. The further you descend to the south, the more the war becomes a distant shadow, to be celebrated without weighing down the present.

Despite the ball defeat with Serbia, the Albanian people celebrated the qualification for Euro 2016. The event follows the course of the times: Albania, for decades a prisoner of a grotesque Stalinism, is today thanks to the multinationals and the strong powers that are transforming it. Even football has adapted. From nothing, Tirana has begun to export players and is now preparing to parade among the great of Europe.

Kosovo strives to follow the new rhythm imposed by its overseas allies: the whole region is an open-air construction site, amid dust, trucks, and politics. With the US aid, Kosovo has filled up with SUVs, paved roads and petrol stations. In the less developed region of the former Yugoslavia, large Kosovo Oil stations and other branches of global companies sprout like mushrooms. Kosovo itself sometimes looks like a branch: from the dinar to the euro, even without an official course. Simple people, with a big heart and immense hospitality, find themselves catapulted into a new world, prey to an imported intoxication. 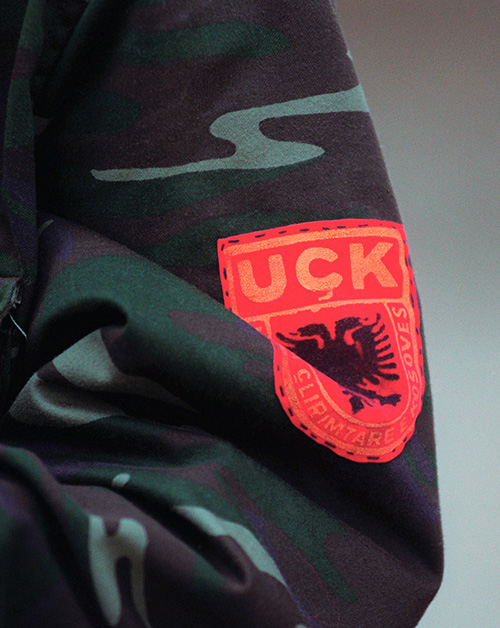 The difficulties, however, are immense. Independent from urban areas, independent Kosovo gasps. 55% unemployment, an average income from 150-250 euro per month and GDP tied to remittances from emigrants, more and more numerous. The demographic weapon that allowed the Albanians to make the tear in Belgrade, risks being discharged. Serbia itself encourages the passage through its territory of Kosovar migrants in order to "empty" and recover its unstitched province.

Take off a column of Carabinieri from the MSU. On the road between Pristina and Mitrovica military convoys are frequent, but the air is calm. Although the signage still indicates the speed limits of tanks, the real challenge in Kosovo is something else. The priority is to remain stable without drowning in foreign interests: the very central Bulevardi Bila Klintona and Bulevardi Xhorxh Bush in Pristina say it long ... Even more so the American School of Kosova which is right on the avenue that bears the name of Luan Haradinaj.

Towards the end of the 2015, Kosovo is this: a pendulum that oscillates between the heavy political heritage of the ÇKK and the excitement of having discovered America, in the Italian post-war style.

The war is far away, but for true peace and prosperity it is still necessary to wait.