Crisis in Qatar and ISIS assault on Tehran: Iran is in the crosshairs 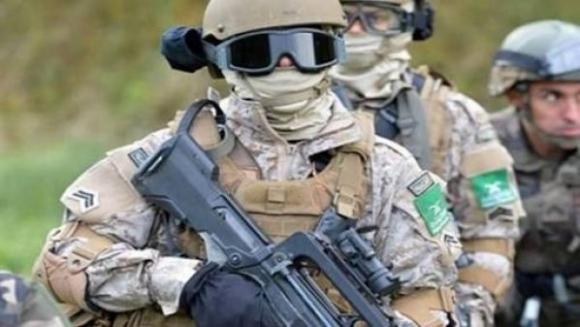 In Tehran, the leather heads have gone into action but the deaths in the terrorist attacks on Parliament and the Khomeini mausoleum are already counting. The Islamic State claims the attacks even if the acronyms of the terrorist groups involved seem different. Details aside, disconnecting the fact from what is happening in the Persian Gulf is impossible.

Saudi Arabia plays the assembly against Qatar. The country, accused of financing Islamic extremism, is put on the ropes and seven "brothers" countries break diplomatic relations with Doha, pushed by theendorsement of Washington.

Saudi Arabia points its finger at Qatar regarding support for Islamist terrorism. Basically the ox that gives the horned donkey.

Just to review, Saudi Arabia was the financial cradle of Al Qaeda, when in the 1989, the then Islamist brat moved the first steps in Afghanistan.

To stay in the area, in the 1997 Riad was the first to recognize, together with Pakistan and the United Arab Emirates, the fundamentalist regime of the Taliban in Kabul. Grown up with the caresses ofISI (Pakistani services), the Koranic students were not perceived as a danger from the West to the Twin Towers in the 2001. They were even tolerated to the point of being considered a moment of cohesion for Afghanistan, no longer orbiting the dissolved Soviet Union.

That the doctrine in force in Kabul was close to waahbismo Saudi, it did not matter to anyone. Even less than the Ri'asat Al-Istikhbarat Al-'Amah (the Saudi secret services) already mentioned the Sharia in its own statute ...

The passion of Riad for Sunni fundamentalism returns in recent times. Funding for Syrian Islamist rebels is well known: Jaysh to Islam, Al Nusra the former Al Qaeda Syrian then become Hayat Tahrir al-Sham, the Islamic State itself are just a few of the acronyms that have benefited from the economic, military and political support of Saudi Arabia, often in tune with Qatar in this kind of prowess.

What is behind the Gulf crisis then?

First of all, we need clarity, trying to understand who broke with Qatar and to clarify some news that is not always bounced with adequate precision.

There are seven states that have frozen diplomatic relations with Qatar: Saudi Arabia, the United Arab Emirates, Bahrain, Egypt, the Maldives, Mauritania and Yemen. Except the Maldives (a country at risk Islamist and under financial slap in Riyadh), they are all Arab countries.

In particular, the first three are part of the Gulf Cooperation Council together with Kuwait, Oman and Qatar. The Council is nothing but a league dominated by the Saudis (the seat is in Riyadh) cohesive from two elements: oil and fear.

If the oil factor is taken for granted, there is less talk of Arab fear.

The Gulf countries together account for just over half the population of Iran, the constant nightmare of Sunni monarchies. The poor anthropological and social cohesion of the petromanarchies and their military weakness have imposed over the years a progressive alliance with the West (United States and below Israel), the only bulwark against the Shiite shadow that is stirred on the other side of the Gulf .

The paranoia snapped into the 1990 when Saddam Hussein declared Kuwait nineteenth Iraqi province and decided to invade it.

Saddam, financed by the Saudis in the eight years of the war against Iran, suddenly broke the Sunni front and panicked the Gulf States. In Tehran, not even to say it, they jumped for joy.

The First Gulf War served to bring Saddam back to reason, but above all to bring Americans on a permanent basis in the region. In addition to the basics in Arabia we recall that the Fifth Fleet is moored in Bahrain by 1995 ...

Does the West therefore defend the Sunnis from the Iranian Shiite wave?

Yes is obvious. Who follows us on this heading, knows that we have been talking about it for years.

What is the reproach then to Qatar? Is it not part of the anti-Shiite front?

Al Jazeera (Doha TV) and the Qatar QNA agency would have issued statements that are inclined to dialogue with Iran and open to the Muslim brotherhood letting Riyad and Abu Dhabi suspect a plot against the hated Persian enemy. Recall that Qatar supports i Muslim Brotherhood in Libya, where I'm the main sponsor of the pro-Western Al Serraj ...

Not only. Based on revelations by Financial Times Qatar is accused by the Saudis of having succumbed to the blackmail of Iraqi Shiite militias that in exchange for hundreds of millions of dollars would have released former royal house members in Doha.

It looks like an episode of Dallas, but manages to be even worse.

The Qatari station in the Emirates and in Arabia has been blocked, and the escalation has begun. 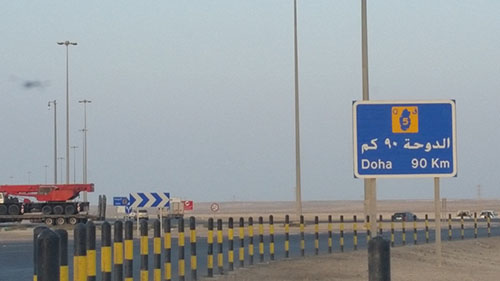 The Emir Al Thani, known for his hold of positions independent of the Saudis, defended himself speaking of hacking and exploitation. Meanwhile, however, the concentric attack with the political and commercial blockade continues.

The question arises spontaneously. Is the isolation of Qatar a reality or a strategic move?

The shield raid of Saudi Arabia against the Muslim brotherhood for example it is controversial. THE Muslim Brotherhood I am the alter ego of Hamas and among the main political enemies of Israel, a quiet ally of the Saudis. If Riad officially refuses any compromise with the movement (considered terrorist by the 2013), it is also true that militias linked to the Brotherhood they support Riad in the war in Yemen.

Evidently somebody needs a scapegoat and the not always idyllic relationships between Doha and Riyadh have found an outlet, useful to the Saudis and easy to feed to the international public opinion.

After Trump's visit to Saudi Arabia, the need to detach Riyadh from the heavy accusations of assistance to Islamic extremism has clearly become a priority. The war in Syria has been bad for Riyadh for at least a year; that in Yemen has turned into a disaster. With Washington's help, finding someone to take the blame of others (in addition to his own…) is an important variant to be included in a broader strategic context: isolating Iran.

The above offers us an opportunity to lay bare the difficult relations that often exist between the Gulf monarchies, as mentioned above, united by petro-economic interests and fear, but often rival.

The United Arab Emirates are among the countries that followed Saudi Arabia in the anti-Qatari rally. Riyadhs and Abu Dhabi have arrived at loggerheads in Yemen (read article) just in the last few weeks. Although militarily allied in the fight against the militia Houthi pro-Iranian, the two countries are competing for influence in the area: Saudi Arabia supports Sunni president Hadi; the Emirates support the separatist militiamen who are pushing for the return to a southern Yemen protected by Abu Dhabi.

In all of this, Egypt, formerly an iron ally of Saudi Arabia, deserves a separate mention. After the rapprochement with Iran, Cairo has frozen relations with Riad (read article) but between the two countries there remains a common interest in Libya: to stem the Tripoli government supported by the Muslim Brotherhood  and from Qatar. Egypt adheres to the isolation of Qatar not in anti-Iranian function therefore, but to bring water to its African projects.

The last gem of a geopolitical chaos started as a condominium dispute and became an opportunity to attack Iran politically, is the story of the hacking in Qatar, which was mentioned above.

Needless to say, the hackers considered responsible for putting tares among Arabs in order to divide the anti-Iran front are Russian ...

While we wait for someone to find a connection between Moscow's services and Juventus' defeat with Real, we await the evolutions from the Persian Gulf or as some prefer, the Arabian Gulf. In the centuries-old match between Saudi Arabia and Iran, everything is possible, except for direct confrontation.