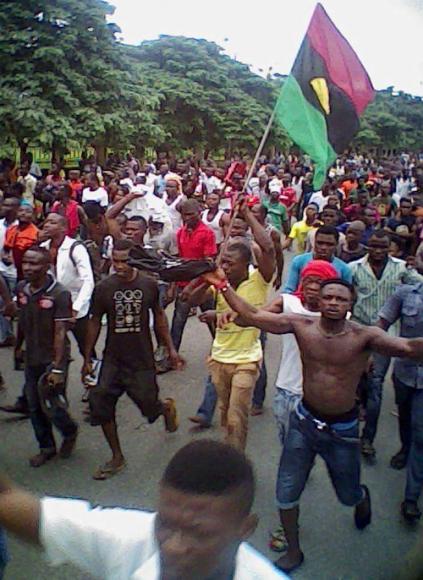 New challenge for the newly elected President Buhari, who had managed to face the terrorist phenomenon of Boko Haram by isolating him in the remote regions of the northeast alone. In the last few weeks he has found himself managing what seemed dormant by 45 years, pride Biafra.

If you walk the streets of Port Harcourt, in the River State or in the other southern Federal States, it seems to return to 45 years ago, where it is easy to see praising ex-Nigerian exiles who deny the central power and go back nostalgically to the independence of Biafra. Just like in the 1970, men take to the streets to demonstrate to scream the desire for secession of the tribal regions igbo.

igbo, which politically belong to the PDP party of former president Jonathan, strongly defeated, would be financed by the party itself to overwhelm national unity, with the proclamation of the rebirth of the nation of Biafra.

Biafriani, also present in Italy with the exiled Sylvester Ukusare (photo below), who in recent years have raised funds and consents worldwide for political recognition also at the United Nations. Biafriani that during the last demonstrations were arrested and killed by the army and the police, as happened in Port Harcout the 10 last October. The police in particular are fielding the 35 ° Mopol Battalion consisting of only Nigerians of ethnicity hausa, coming from the north of the country.

The use of hausa on earth igbo has unleashed a disagreement with the current government, being accused of privileging the tribes linked to Buhari, coming from Katsina State. In fact, the Hausa police have also used force illicitly, killing dozens of Biafrians without real reasons.

President Buhari is well aware of the fact that all this is an effect of the propaganda against his APC party by those who have been "wiped out" by the reed broom which represents their symbol, by the current executive. He is well aware that behind the fomentation of the masses there are the old powerful Igbo, who certainly did not hide the dissent for every action of the new government. 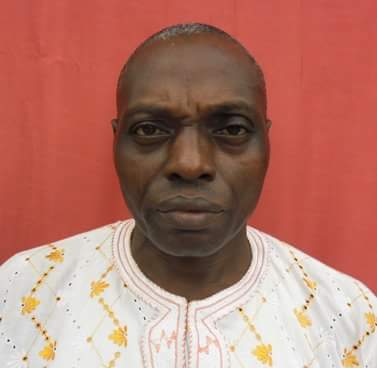 Driven by this hatred found among hausa e igbo, the Biafrans have squared on some leaders who were just waiting for the right moment to regain the strength of the past and involve the masses. THE social networks have been invaded by images of the demonstrations and by the flags of the Biafra. But everything is echoed even more when the intelligence agents arrested the director of Radio Biafra, Nnamdi Kanu on October 17 at Lagos airport, with the political will to silence an uncomfortable voice, but unleashing the violent anger of igbo and the local governors belonging to the PDP.

Kanu, an exile in London, from where he broadcast via the web, was accused of inciting terrorism and guerrilla warfare against the Central Government, according to him guilty of acts of xenophobia. Just like the war cries 45 years ago, Biafra War, we listen to the streets of the major cities of the rich oil regions of the south. In spite of the national motto of the 256 tribe unit, the pride of its own territorial independence dates back, strengthened by the value of Bonny Light (high quality oil, ed) which ensures the interests of supporters foreigners, aware as in the past, of appealing to nations ready to take possession of the precious black gold in exchange for military aid. A war, like many others, only for economic interests that, like 45 years ago, will only bring about a high poverty among the population, which does not live enjoying the proceeds of oil.