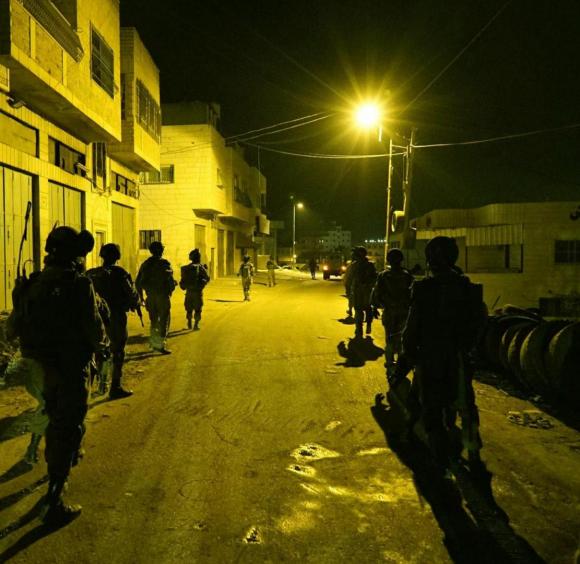 More than a big one settlement Hebrew Kyriat Arba is a kind of second city. A huge residence that supports the urban center. The exception of Hebron compared to other cities in the West Bank is that Jews and Arabs live badly, but still rub elbows. Not only in the most important Tel Rumeida and Avraham Avinu; even in smaller settlements and in those within the city the tension is constant. Beit Roman, Beit Hadassa, Beit Chason, Beit Schneerson, Givat HaAvot, Beit Kastel, each with its own story, each with its own contentions.

A Beit Romano has a seat of theIDF although international laws expressly forbid the coexistence of military installations and civilian homes. This has been discussed for months and years. Since the end of the Six Day War, when Jewish settlers resumed taking possession of homes in Hebron, the tension is endemic. It rises and falls like a fever, but it never goes away.

Hebron is a holy and infamous destiny.

Adjacent to the old man's street suq and near the new one, next to Bab-Al-Zawye square, is the rabbinical school Yeshivat Shavei. Defense from barbed wire and towers is protected by armed men inside and out. Rabbi Bleicher is approached to the title shlita, Short for "May live long, amen". It is a wish that everyone makes in the city, but theKnife Intifada and daily attacks generate a widespread sense of insecurity. If anything were to serve, there are armed Israeli soldiers who go everywhere to remember it.

Between a patrol of theIDF and muezzin, between an Arab teenager with Real Madrid jersey and a fruit juice, this is the West Bank.

We fight over everything. The Jews do not want to hear of "Occupied Territories". This has always been Israel. The "Zionist invasion" vice versa is the infinite refrain of the Arabs. The boundary between anti-Zionism and anti-Semitism depends on interpretations. The convictions are atavistic about everything, after all. In Hebron it is useless to discuss whether the same mountain in Jerusalem is the site of the Temple of Solomon or the stone from which Muhammad ascended to heaven. Propaganda push for an idea or another. Many deformed concepts are then rebounded in the West, where the Arab-Israeli conflict serves political causes according to convenience and according to prejudice. 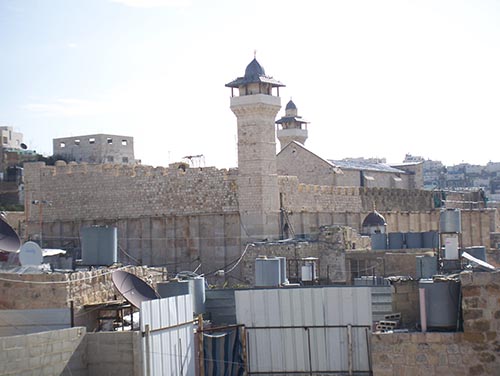 In order to understand Hebron and the war it carries inside, it is not enough to even have an explanation. Everyone tells their Middle East, everyone has their reason. It seems that the only possible balance is the "non-equilibrium".

Two TIPH observers take pictures. It is civilian personnel with diplomatic status coming from Italy, Norway, Sweden, Switzerland, Turkey and Denmark. Their headquarters is a small building and is a former hotel on the Arab side just a few hundred meters from the highway leading north.

Despised by the Israelis because they are uncomfortable witnesses, they often reveal that in Hebron of "orthodox" there are only settlers: IDF procedures are not at all ...

But over time, the Arabs who complain about their lack of usefulness are also targeted. The continuation of controversy continues: intransigence and victimization, in a circle that is difficult to break. Meanwhile, some people are blowing on the fire. From the mosques the cry of the onset is continuous. Hundreds of young Arabs every day turn to nothing between the calls for rebellion and chronic unemployment. On the Jewish side, however, to get the funds. It is not the Obama administration, which is now coming to terms with the Likud and the Israeli right. The money comes from private accounts of deep America, the one that has always supported the Jewish cause and that incites "Settlers" of Hebron to proceed always and however. Tel Aviv, Knesset, Netanyahu ... it doesn't matter. The same IDF he becomes an enemy of the settlers, often out of control.

Observers report disproportionate economic offers subsidized by North America and continuing provocations by Jews to convince the Arabs to leave. The Jews dispute. The refrain according to which the Arabs are driven out is a malicious lie for them. 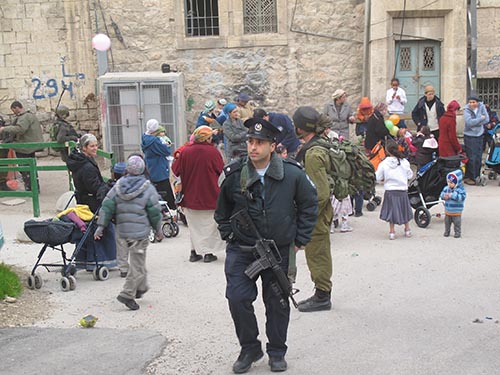 Meanwhile, from the 56 checkpoint, tear gases start. The checkpoint has the color of light iron and cuts the road in two, forcing the Arabs who live beyond continuous controls. Start stones. Tear gas and blows back in the air. If there is a rule in Hebron it is that the right to walk in the street can jump at any moment.

What will happen tomorrow is a meaningless question.

Today's "resistance" is not a real intifada. The First and the Second have passed to the chronicles to be addressed in the streets. The Pakmaz (the IDF Regional Command in charge of the West Bank) had to face mass movements in the past taking the measures. Now it's different.

If the attacks without strategy we are in reality a real strategy it is early to say. Equally difficult to distinguish the genetic violence of this land, from Islamic extremism new frontier for endless grudges. Isis or not Isis, the Middle East has changed in ten years and new winds blow dark even on Earth on this side of the Jordan.

However, Hebron remains a reality surrounded. Between muezzins and settlers who call Judea and Samaria what others call Palestine, the blood still flows with the color of pomegranate. Perhaps nothing has changed then.