Home geopolitics Report The Balkans and the bad conscience - cap.3: ...

The Balkans and the bad conscience - cap.3: Europe fall (end) 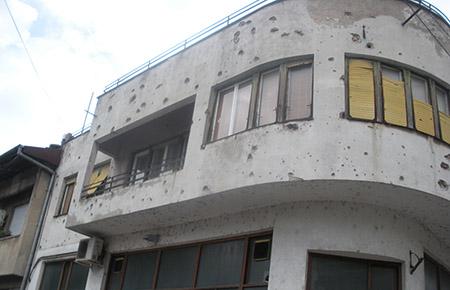 On one side the blocks of the last socialist building, on the other the glass of the institutional buildings and the blue flags that are reflected inside. In between the articulated trams slide on the low lawn. "Viale dei cecchini" is like this: a slight inclined plane that leads out of Sarajevo, beyond the valley of hills that protected and wounded it.

Twenty years ago on this road the danger was the blows from the upper floors of skyscrapers. Among these, the Holiday Inn, home of the press at the time of the bombs and the twin towers in cement glass, symbol of the city and war skeletons.

Now everything pretends normality. A sign indicates Tuzla, historical name to the east.

Bosnia is like this: a green room in a mess with memories. Each text evokes something heard and tragic, but just distract yourself and lose the moment.

The road to the east led to hell. One of the many in the north-south axis along the Croatian and Serbian borders, the heart of ancient Yugoslavia. From Tuzla to Brcko towards the Sava river are 50 km, a short and very long step together: to get to Brcko you pass the Inter-Entity Border Line between Republika Srspka and the Croatian Muslim Federation. 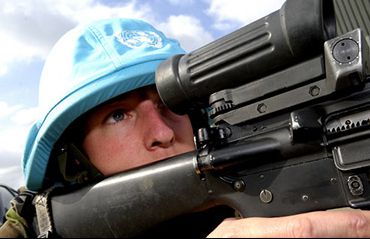 After Serbian Lopare, a few kilometers and Čelić returns to the Federation. After Čelić there is the district of Brcko which is neither an entity nor the other, in fact contradicting the Dayton Agreements. This is Bosnia.

There is no need even to think that Vukovar is 70 km from Brcko, in Croatia: another story, another war, another pain. No area like the East better represents the Yugoslav ethnic cauldron and the ensuing troubles. In the green valleys that from Tuzla lead south to Serbia, three dots fill the recent history of Europe and its failures with silence: Zepa, Goradze, Srebrenica. Three dots that remind us of how the Bosnian civil war exploded thanks to detonators, ironically in contrast with each other:

In a logic of agreements for a territorial division (on the Greece-Turkey model of the Twenties), if the first point made things difficult, the second was often fuel on the fire. 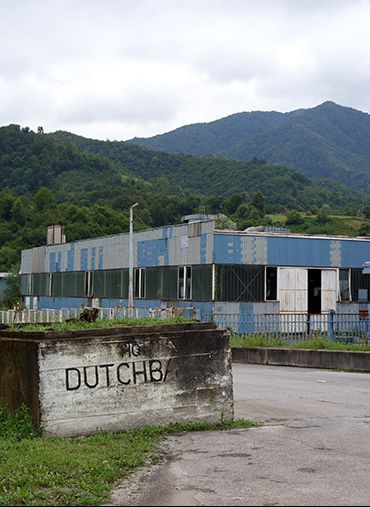 Srebrenica had the sad honor of representing this fire worse than Zepa, Goradze, other dozens of places throughout the country. But it's just a question of numbers.

In Srebrenica according to the chronicles died 8000 Muslims, massacred by the VRS of Mladic. The world with renewable hypocrisy remembers its twentieth anniversary. But Europe did not actually die in Srebrenica, it had fallen before.

She had fallen with the white proxy given to the US by Clinton, the first maturity test failed after the end of the Cold War. Only with the passage to the State Department from Warren Christopher to Madeleine Albright would one understand the European political dwarfism and how heavy were the American strategic objectives drawn behind the Balkan question:

1) Albania and Kosovo to be added to the ideal path linking the Adriatic to Bulgaria (with the smell of NATO already at the end of the 90 years) and to the faithful Turkey;

2) elimination of Milosevic and his Serbian entourage ancien régime, incompatible with the new nascent world order.

Europe had already fallen with the shady deals on humanitarian aid by Naser Oric, who was responsible for ethnic cleansing, which they quickly cited because they were less convenient. She was already dead and buried in the 1994, when the figures of shame were not too far from those 300.000 civilians dead, 3 millions of refugees, 1000 illegal prison camps, tens of thousands of rapes, 15.000 children killed who would register at the end of '95.

Making a list of mass graves and places where violence was concentrated is a waste of time. There is no village that has no scars, there is no ethnicity that is immune to responsibility and pain.

In the civil war in Bosnia who is without sin cast the first stone. It is especially true for the international community to wash their hands with the Court of The Hague and even more diligent to close their eyes out of interest.

The disturbing scenarios emerging from the corridors of the Dutch Services and the revelations of Ibran Mustafic, member of the Democratic Action (SDA, Itzebegovic's party), become dust to hide under the carpet. There has even been talk of inflated numbers and Srebrenica as a sort of Pearl Harbor: an announced catastrophe to be turned into a ploy for a definitive anti-Serbian intervention. 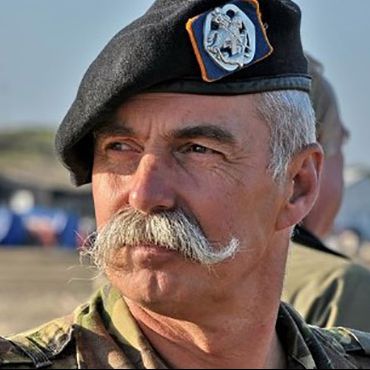 It is no coincidence that we hurried to condemn the inertia of the Dutch Blue Helmets (the men of the Luchtmobiele Brigade employees like Dutchbat) before the events of July '95, it was even faster to forget it.

Truth in war is lost in dust and fear.

The only real horror is that behind the plots between Western and Bosnian power groups, in a mix of dirty money, geopolitical interests and Balkan bad taste, many innocent people have paid with their lives in the heart of a civil continent.

The responsibilities for all inhuman behavior must be pursued, this is an absolute value. Similar value, however, is to prevent them from happening again. This is why it is good to recount the facts without risky manicures that make the scarring of open wounds even more difficult. The drama of Kosovo, to be filtered out with the frustrations following the civil war in Bosnia, was the demonstration.

The evil of Bosnia is an old evil and a hollywood approach can not be enough to describe it all. Without prejudice to the criminal responsibilities of individuals, identification of the villain can not be enough to close the game. If Željko Ražnatović (in art, Arkan) at the time he married in the uniform of a general of the First World War, some unresolved knot in the Balkans perhaps there still had to be ...

Today, along the green curves of the Bosnian countryside, pages that no one wants to read flow. Srebrenica is a town like many hidden between throttled valleys and long silences. A city like the others on which it says too much without saying everything.

Despite the news, by virtue of the Dayton Srebrenica Agreements, today it is part of the Republika Srspka, the only one of the two Bosnian federated entities to have an ethnic base. The irony in the History of the Balkans knows no end.

(in the last photo Thom Karremans, the commander who led the Dutch troops to Srebrenica, in '95)

Read also the second part: the silence that applies to everyone