Home geopolitics Report The Balkans and the bad conscience - cap.2: ...

The Balkans and the bad conscience - cap.2: silence that applies to everyone 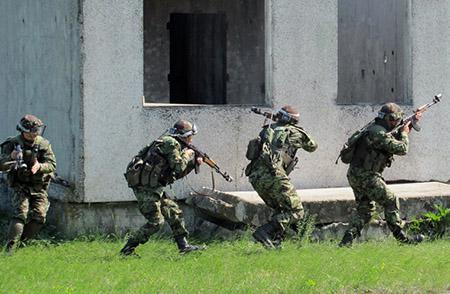 At the Zupci border, coming from Montenegro, it is easy to understand: wherever you enter, Bosnia is always different but basically always the same. The obsession with the double alphabet, Cyrillic for the Serbs and Latin for the others, is reminiscent of ancient divisions. Fatigue and still air do the rest. Bosnia looks like a slow motion movie. A few kilometers beyond Zupci, the true borders are felt in the air: towards the west, beyond the sunny and bristly hills, the sky is Croatian; the inland road to Trebinje is all Serbian. A farmer and a lean cow remain undefined on a flat land, amidst crickets and burnt ears.

In a patch of earth there are all the silences of an old war, badly, told worse. The three-part division of Bosnia converges at the center of this plain. Orthodox icons on one side; Croatian flags on the other; rare minarets scattered here and there.

The South of Bosnia explains a lot of things. After the Dayton accords of the 95 the reconstruction in the former Yugoslavia concerned something but not everything. The infrastructures that unite areas of different ethnicities are only there at times. The road between Serbian Trebinje and Croatian Ivanica is improvised. Silence and abandonment divide them. Going there with the sun to help you better understand the atavistic torment of the Balkans: too many things in too small a space. Too many things even if they are not seen. 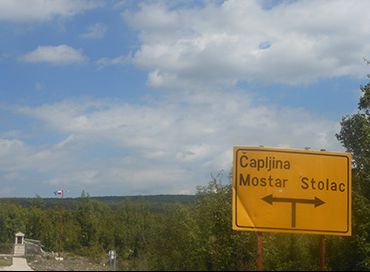 Precisely in this area passes an administrative border to which the West pretends to give value: on the one hand the Republika Srspka, on the other the Muslim Croat Federation. They are the two fictitious entities in which modern Bosnia is divided. As if Croats and Muslims had not massacred. As if the war between theHVO (the army of Croatian Bosnia) and theARBiH (The "regular" Bosnian army, mostly Islamic) was an invention and the bridge of Mostar had never been skipped.

If the narrow, chipped roads around the Trebišnjica stream could speak, they would say more than the official documents tell. Every city in this corner of the so-called Herceg Bosna it was the scene of ethnic cleansing: Capljina, Prozor, Livno, Stolac. Here, more than any other area of ​​the former Yugoslavia, the all against all was concentrated triggered by the declaration of independence of the 92 wanted by Itzebegovic and the break between Muslims and Croatians of the 93: first Serbs against Croats, then Croats and Muslims against Serbs , then Serbs and Croats against Muslims.

The rhetoric wants the blame of the Balkan nationalisms, which exploded in the years 80 at the first signs of failure of Yugoslavia. As if the harmonious cohabitation between different cultures was not exclusively dependent on the stick of Titus. As if Yugoslavia was not a patch invented at the end of the Great War to cover the holes of two Empires swept away by history.

Say "Here one lived without war up to the pretensions of incorporating peoples into larger nations" it is an unworthy historical forcing. A declaration that can serve the most to mourn the innocent victims of violence and massacres. 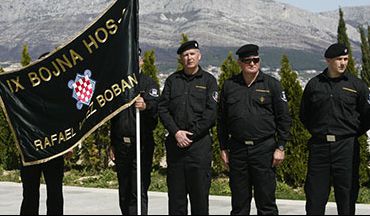 The problem of the Balkans is not Great Croatia and Greater Serbia. They are the Balkans themselves. Nationalisms have been a fuse on a fire that has been burning for centuries.

According to the official version, the partition of Bosnia into three distinct pieces jumped due to the scattering of leopard patches of the ethnic groups which made it difficult to assign the territories and the intransigence of the parties, the Serbian one on all.

Likely, however, the failure of the first Vance-Owen and Owen-Stoltenberg plans came even further. It has never been a mystery that one Republika Srpska it's a Herceg Bosna autonomously, sooner or later, destined to join respectively Serbia and Croatia, were not welcome in the scenarios pleasing to the UN and the USA, the only world power of those years.

Too awkward Milosevic and Tudjman and their offenders on the ground, Karadzic and Boban. The Karadjordjevo agreement between Serbs and Croats for the partition of Bosnia appeared an affront to the world of the most powerful. According to larger projects, the best possible inheritance of Yugoslavia was harmless crumbs. A strong Croatia and Serbia collided with a world that was being globalized according to defined rides and jousts. Not even an Itzebegovic at the head of a reduced Muslim republic with capital Sarajevo could serve. Sarajevo was destined to become a symbol of a great peace of facade and Bosnia had to remain suspended as it had been for centuries: a few lilies on a blue flag, a story told with scissors, a faux multi-ethnic and amen cohabitation.

The jihadist infiltration in Europe began just then, in '93, when the Clinton administration preferred to arm radical Islamists rather than seek a real understanding with Serbian and Croatian nationalists. The price the West would have paid a few years later. 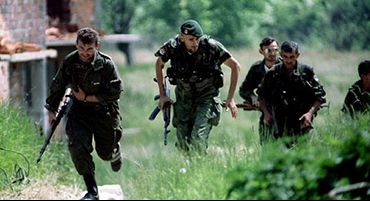 People here say the peasants have made the war. People used to cut the kid's throat and to quarter the pig. This is why so much blood has been spilled. You should ask the lean cow and the farmer. They are still there, against the background of an old Zastava tractor. They do not seem to witness the horror. They do not seem to witness anything but themselves. To see them, a hateful war between neighbors would seem impossible.

Yet here in Bosnia there was, third among the four Yugoslavs. And it was the one that more than any other has posed questions on the usefulness of international organizations, often slow to move but very quick to indicate the guilty.

Chimneys of rural houses smoke. The rusted sheet of a folded sign refracts the light and the sound of the wind. The sun stuns everything, even the memories of a land that has seen too much.

After more than twenty years, however, everyone tells things in his own way. Also silence.