Home geopolitics Report The Balkans and the bad conscience - cap.1: ...

The Balkans and the bad conscience - cap.1: Bosnia invented 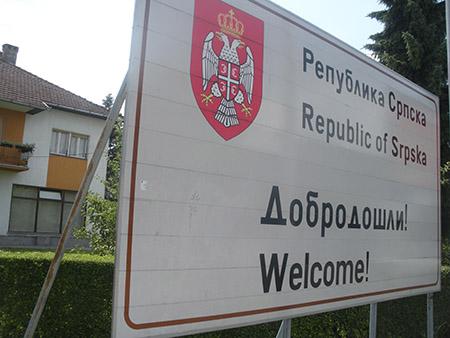 Until '91 Trieste was a door and the highway that went further, pulled straight without different acronyms. It pointed south to the mountains of Macedonia and Montenegro, where the Balkans of the Slavs close their doors to Albania. Chissenefrega, they will say in many. Stuff of signs and roads at the bottom ...

But the cartels write the history that passes on the streets. The streets tell people.

On this side of the door was the West never too envied, never too hated. Yugoslavia was strong in itself and its fragile bones. An energetic woman, in a sick body.

Today the door is gone. A former customs tollgate introduces Slovenia, beyond the Alps. It has remained as a sentinel of the past, good at best to slow down the cars to Ljubljana.

Same thing in Brezice, between Slovenia and Croatia: a border reborn with independent Croatia and brought back to the European Union.

Change everything however on the Sava river, on the 5 road, just beyond the exit to the south. On the green countryside, dotted with red roofs of the houses, an iron bridge crosses it: Croatia becomes Bosnia and the world goes round.

The door that closed in Trieste moved to Bosanska Gradiska, between oleanders and chipped flower beds, between Cyrillic and Latin. It is the Serbian Republic of Bosnia, scrub among the spots of a fake country.

Bosnia is just a name; a patchy fabric. A nation not a nation, where internal borders are the rancor of the centuries even if they are not seen. Smoking them often takes care of them roštilj, the grilled meat that applies to everyone.

In Bosanska Gradiska we eat pork and write Cyrillic. It is proof that they are Serbs. A few kilometers and like missiles aimed at the sky, minarets stand out and Latin is back, the alphabet that is valid for Muslims and Croat Catholics. 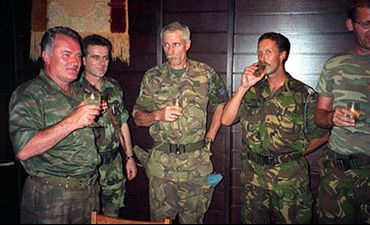 Bosnia is a tangle, a complex of complex nodes. Serbs, Croats and Bosniaks (local Muslims) intersect everywhere, in every city, on every canceled road sign that remembers ethnic cleansing and prevarication. Bosnia is a handful of peoples drawn at random on a map. That handful that has favored the Dayton accords, born to save the Western conscience but without resolving anything. The word "Balkanise" comes from here not by chance ...

In Banja Luka, capital of the Serbs of Bosnia, written on the walls in Cyrillic speak of pride. The clouds lead south, along the Vrbas, which to gorges and waterfalls, among a thousand shades of green, accompanies the road to Jaice between Catholic and Islamic cemeteries. A glass of rakia along the river and Bosnia returns only one thing. The faces are identical, like the roofs of the houses and the pain that has passed through us.

All this is Europe. If it were not for the writing, it would seem Abruzzo or perhaps Marche or Umbria. Mountain looming, sharp hills, between a curve and a hairpin, between a climb and a bar of silent and tired people.

Sarajevo is at the door. It is the set of all the diversities and all the odes.

Sarajevo is beautiful. He wants to live like a provincial adolescent. He does not laugh though; he does not even speak. His wrinkles are artillery strikes on the walls, barely covered by the Bosnian blue flags imposed by the world and in which no one believes.

There is no village in the whole country that does not have the signs of the war that appeared in the 90s, looked, smiled, stopped, left and then returned several times. There is no corner that does not remember a horror, touched or accomplished. But Sarajevo is different: more than anywhere else you can breathe the bitter smell of what has been. He has no postcards Sarajevo. Between a mosque, a cathedral, a cobblestone avenue, a kebab and a miniskirt, she stands gazing at her green hills all around, jealous of her shy beauty.

Twenty kilometers beyond those hills is Pale, the old capital of the Bosnian Serbs, where there was the enemy, fear, death. Today Pale looks like a dead vacation spot. An alpine village, with tall men with a square neck and a high forehead, like all Serbs of the Serbian family. Mladic and Karadzic were here at home.

Before Hercegovina, the southern region, the Slavic green still dyed ancient canvases, including villages, pitted walls, churches and mosques. Peaks arrive on the lake Jablanica and the gorges of the Neretva, where history has drowned several times. 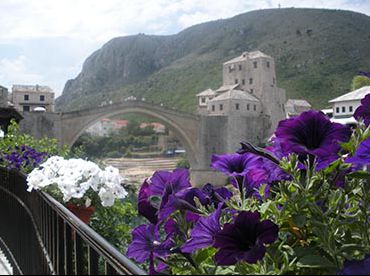 Strange destiny is that of places: we often pass without having memory of it. When one sees the cross above Mostar, one understands it more. Mostar is a flower vase broken several times and then patched up. Smells of Turkish and Europe together.

Defiled by the war between Croats and Muslims, it seems again raped by the hordes of stupid tourists. He deserves rest, Mostar. Its famous bridge would like silence, between the violets and the river water.

Just outside Mostar, you eat pork. It is proof that they are Croats. From small things we understand Bosnia. From a menu, from how a cross is made, from a hat. From minor details you share the color of the stains that you wear on.

Before touching the Croatian Medjugorie, Neretva still flows and its curves that guide the state between past and present. Until you get to Metkovich, over another border that once was not there. Or maybe yes.