Home geopolitics Report Derry Christmas! The new generation of U ... 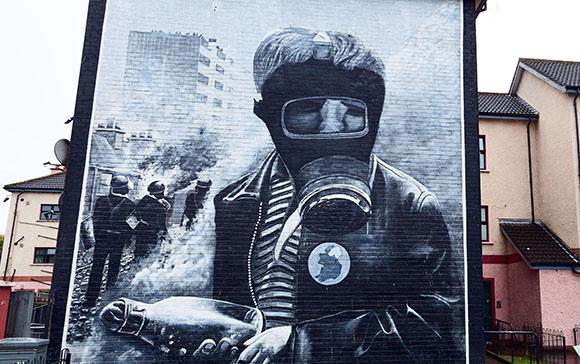 Years pass and the globalized world tries to freeze another piece of itself. Whatever the choice of field, the Irish question remains one of the most classic examples of territorial and cultural contention. Ulster is one of the last tears to global peace, ironically placed in perhaps the most discreet and silent corner of Europe.

"Global peace" does not mean the end of armed conflicts around the world but the overcoming of territorial disputes. In other words, the war for identities is decreasing but increasing in which it is not clear who fights and above all for what. The pain and the deaths obviously remain.

However, it takes just a ride through the red brick walls of Falls Road in Belfast to get out of time.

Gray sky, a helicopter high above thick clouds, the smell of fried food and bitter cold. THE murals they do not reveal the signs of the time: the Catholic ones are witness and bulwark; those loyalists too, with a few less tears and an extra cheeky note. 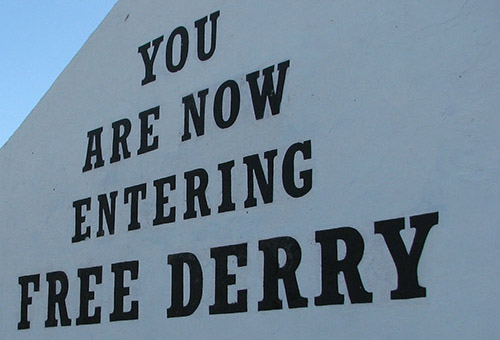 Between Falls Road and Shankill Road are 15 minutes on foot. From the Irish tricolors we pass to the festoons with the Union Jack. Another quarter of an hour walk and there is Ardoyne, the stronghold of the working class Catholic. Everything passes, everything still lives.

For some months the background noises have started to be heard again. Threats against the Taigs (derogatory used by Protestants for Catholics) also appeared on the social and Catholic republicans respond in kind. They usually begin with the summer period of Orangistic marches. The one of twelth (the 12 July) which commemorates the victory of William of Orange over James the Catholic, is the most dangerous one. But groups and small groups smolder even in winter.

In Northern Ireland it is the new recruits, young people born after the black age of unrest. The times of theOperation Banner but the echo still resists.

More to the north, the same is true. Walking the streets of Derry is still effective. The Bogside is cold and gray with its buildings like bundles of biscuits with painted sides. Each box a mural. They turn red-cheeked boys on Creggan street a few meters from St. Eugene's Cathedral. There was none of them in the 1972 at the time of the Bogside and the 1 Parà Battalion. The RUC times are over. Now the Police Service of Northern Ireland is trying to get everyone to agree. 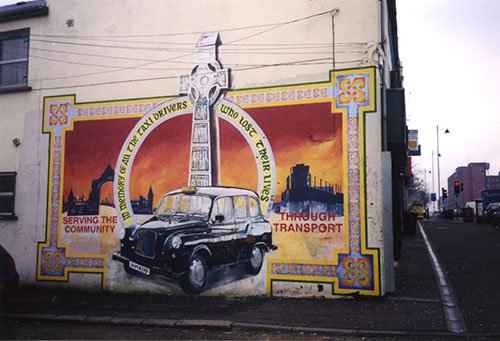 At Waterside, on the Protestant side of the Foyle River, the impression is the same. There is a polite calm around, but it takes little to rekindle the fuse. Here the city is called Londonderry, with the official name used by all Protestants loyal to the crown of London.

The politicians wanted the agreements but the warm blood of the Irish still boils. The rest of the turmoil there was until November 2015 with veterans of the armed struggle of the years '70 and' 80 accused of blowing on the fire (the CIRA Continuity Irish republican Army officially still fights). The local Belfast government led by Union Prime Minister Robinson and Deputy McGuinness, former Provisional IRA, pretended to falter. After the 2005 disarmament agreements, the policy made its choice. From the 2007 the political hugs between loyalists and Republicans have gone along with ideas diluted under an EU flag that concerns many but think about it does not represent anyone. Especially ordinary people in the Ardoyne neighborhoods or in the Belfast Village.

The low gray northern sky is the setting for an ever-changing picture. No nostalgia for war and pain, but a lump in my throat due to the climate of passion so many years ago. Because grudges haven't passed. Identities either. 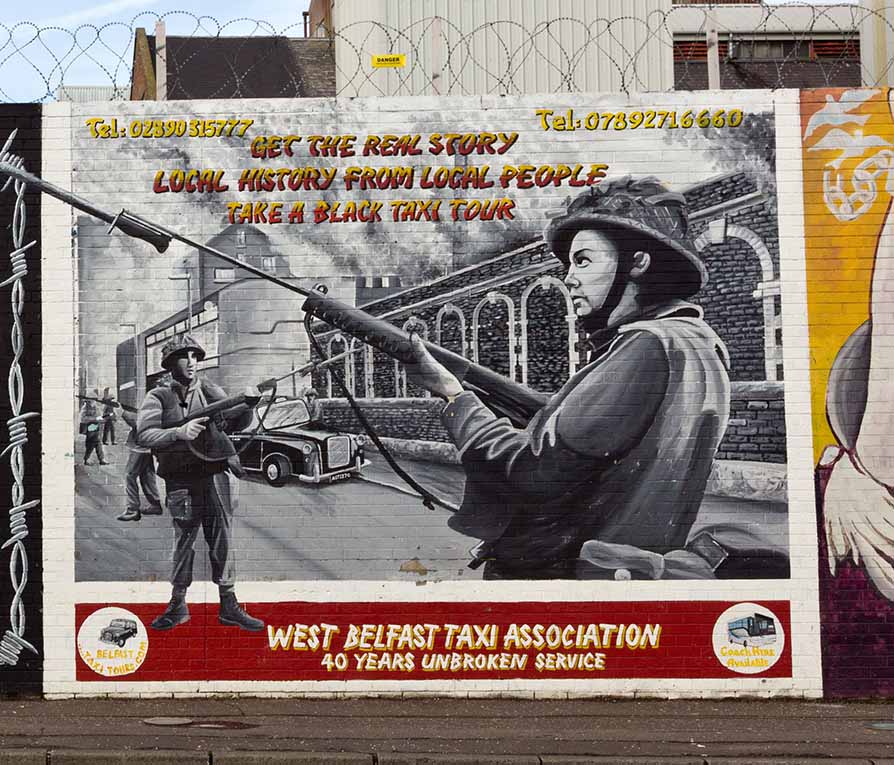