Home geopolitics Report From the Ukrainian front - chap. 3: What is Azov ...

From the Ukrainian front - chap. 3: What Azov are we talking about? 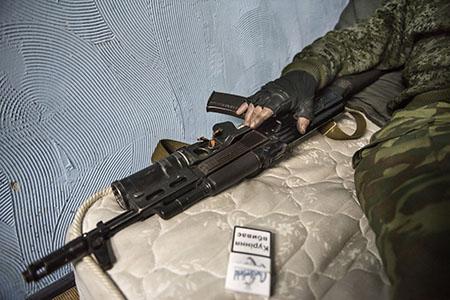 Broken glass and cracked walls. There is more order in the rubble of Donetsk airport than in Western minds committed to understanding the crisis in Ukraine. Especially on ideological references, confusion is king. Adepts of the "as long as there is a revolt" in 2014 rejoiced at the fall of the pro-Russian president Yanukovych. When a tyrant falls (whether elected or not), it often ends up like the sausage festival: everyone fills their mouths but no one thinks of the consequences. As soon as the air of Maidan was smelled, however, an alarm was raised from the analysis of the Western right-thinking. We are not talking about cholesterol, but about how to regulate with the good-bad blackboard.

In this regard, the media placement of Russian President Putin, labeled for years in good salons as homophobic and reactionary, is emblematic. The flirtation between NATO and Kiev gave a jolt, provoking in many heads the most classic of Hamlet's doubts:

"What do I do on Facebook now? Do I write against or for Putin?"

If the Kremlin often makes use of neo-Soviet rhetoric, it is equally true that it sponsors principles that are dearer to traditionalist Christian Churches than to a progressive, ephebic and secularized Europe. In short, the Red or the Black? Apart from Stendhal and sausage festival, how do you find your way around?

The matter is tough. It is worth delving into order.

Some Ukrainian paramilitary units sport Nazi emblems (the Azov Battalion is a well-known example); some pro-Russian units, on the other hand, boast symbols of the former Red Army. Frontline experience is enough to have confirmation.

If by '40 we mean those of the XNUMXth century, the answer is no.

It should be clarified that the relationship between Russians and Ukrainians, often declined in hatred, can be summarized in everything except in an ideological distinction. With all due respect to those who still live in the 900s, the conditions are lacking.

With a ride in the Donbass, ideas are clarified and very intelligent questions are encouraged:

who volunteers as a volunteer in the Ukrainian ranks, which Berlin defends? That of the Charlemagne besieged by the Red Army of Zukov or that of Merkel, the cause of Brussels? Who believes to reincarnate Degrelle in the Cossack steppes, fights the Asian-Bolshevik hordes or brings water to the mill of Obama?

To understand who fights what, it would be enough to ask ourselves which subject is closer to the iconography of Europe-fortress linked to medieval myths: Putin's Russia that pays homage to the Christians of Armenia or the financial Brussels that funds new mosques? The breadth of the puzzle justifies the pain of dealing with it.

Instead of explaining the Ukrainian crisis with an obsolete confrontation between Nazism and Communism, perhaps it would be better to descend into more current contexts, perhaps on the basis of a Euro-Atlantic confrontation, forgetting the ideological legacies buried by time. We would understand better this way also on which drums the propaganda beats today.

Russians and the West have given Nazism a different weight. The West lived it from within; the Soviet Union, at least until 41, from outside. For the Russians, heirs of the USSR, the Third Reich was the atrocious enemy of the Great Patriotic War. According to the Russian conscience, the Nazis, rather than deporters of Jews (Stalin had a guilty conscience on the subject), were the invaders, the black armies that come from the West: it is easier to understand this with a game of Risiko than with a book.

The anti-Nazi-Fascist rhetoric, always present in Putin's words, is nothing more than a tribute to historical martyrdom, a constant and immovable obsession with the DNA of the Russian people and the Slavic peoples in general. To draw ideological consequences is more childish than analytical.

Conversely, in the iconography of the Ukrainians, who for the most part badly digested the October Revolution, the Russians are still the barbarian Bolsheviks who come from the East and eat children. The stories of the White Cossacks on the subject speak for themselves.

These are historical legacies that are also useful for their respective propaganda to leverage popular sentiments. For decades in the schools of the USSR (first) and the Federation (later) the Nazi bugbear was stirred up. With 25 million dead and millions of grandparents decorated, it's hard to do otherwise.

On the contrary, nothing excites a Ukrainian more than nationalism which frees the people from red oppression. With NATO sirens singing in the background, it would be hard to think otherwise.

Russians and Ukrainians fight in their own space a historical and cultural battle that transfires ideological symbols. Russia is gambling on the idea of ​​an empire resurrected after the dark decade of 91-2000 and dusts off the eternal phobia of encirclement, the basis of hysteria and national identity; Ukraine is at stake for the future, poised between an East to which it has often been enslaved and a West which for its own interests is ready to do so in the future.

The Waffen-SS and Stalin, banners aside, are millennia away. The confrontation is economic, strategic and demographic, not ideological. In essence it is a classic war, which we are no longer used to. After all, in the trenches of the pro-Russian and those of the Ukrainians, the icons with Jesus and the Virgin Mary are the same. Like vodka.

Meanwhile, NATO is pushing East and the West's stick remains in America. Meanwhile, Europe, amidst sanctions and debates, is stalling, waiting for good times and perhaps another sausage festival… It would perhaps be an opportunity for other analyzes.

Meanwhile, in silence from behind broken glass and broken walls, in the Donbass, you shoot again. 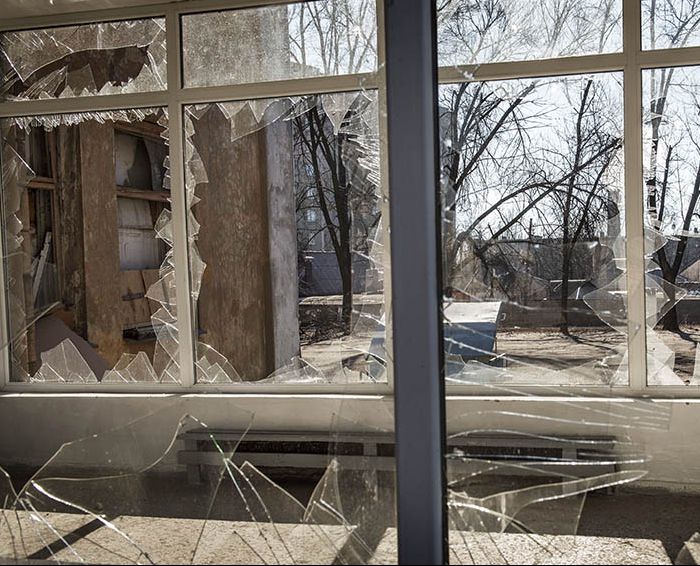