Azerbaijan between energy and security. Cap.1 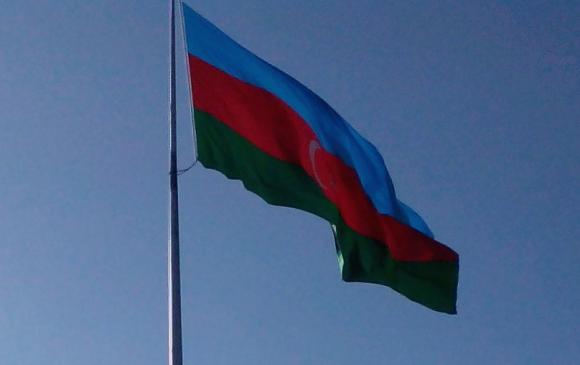 The journey from the airport to central Baku shows the evolution of Azerbaijan in the last two decades thanks to oil revenues and the signing of the "Contract of the Century" (20 September 1994) with which the twenty-five year exploration and exploitation rights of the Azeri-Guneshli-Chirag field have moved to an international consortium. Skyscrapers, games of lights and large-capacity cars characterize the city and overlap with luxury shops and hotels, a real attraction for rich tourism and international investments.

Among the major boutiques of Neftiçeler Prospekti, the sumptuous street that runs along the Caspian Sea and leads to the ancient city center, it is possible to see Italian brands that symbolize our country's interest in the local market. In Azerbaijan 66 Italian companies are present for more than 500 million dollars of investments, according to what was stated by Rufat Mammadov, president of Azpromo met during our service.

However, the crisis in oil prices triggered by the United States to hit the Russian Federation has had negative effects also in the country, producing the devaluation of the manat, local currency, and alarming industry experts for the near future. The Baku of luxury and unbridled purchases has already begun to give way to a city polarized on two sides: that of skyscrapers and imposing buildings, a symbol of a desire for progress and international affirmation on the one hand; the one wounded by a heavy crisis, especially for the middle class, and which will soon leave its mark on the lives of all Azeris. 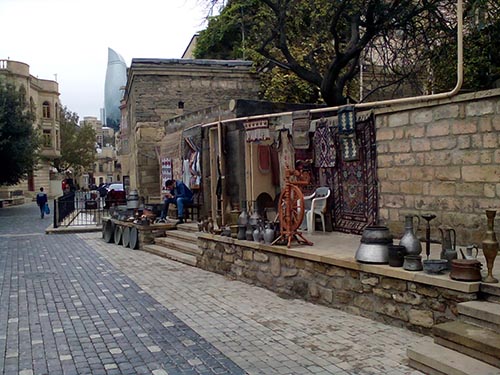 Since the devaluation of the currency, there have been many reassurances from the Government that the State Oil Fund of Azerbaijan (SOFAZ), an organization set up to manage oil revenues, had stored one third of its profits each year to protect itself from a possible financial crisis. . There are also many statements aimed at ensuring the survival of the major social development programs.

But what's cooking? Does interest in Azerbaijan revolve around oil and its energy resources?

To understand Azerbaijan it is necessary to place it within a region, the Caucasus, a strategic bridge between Europe and Asia and in continuity with the New Silk Road, capable of connecting regional and global powers such as Turkey, Iran to the Old Continent and Russia.

In addition to the geographical position, the country was chosen by Brussels to strengthen the energy policy aimed at decreasing the dependence on Russian gas imports: there are two projects in which the European Union is involved: the Trans Anatolian Pipeline (TANAP) and the Trans Adriatic Pipeline (TAP), both relevant for Italy since they are able, at least in theory, to transform the Belpaese in a hub energy, with geopolitical findings and benefits in the world of employment.

TANAP demonstrates the close ties existing between Ankara and Baku, due to a common historical, cultural and linguistic heritage and close diplomatic relations started with Azerbaijani independence. Taking the energy sector as its director, the ties were sponsored by the White House with the aim of securing a projection towards ex-Soviet spaces through the Turkish ally. The chill of relations between Turkey and Armenia was a further push to reinforce the Turkish-Azeri axis, with no exceptions to the forms of support in Baku also with regard to the Nagorno-Karabakh conflict. 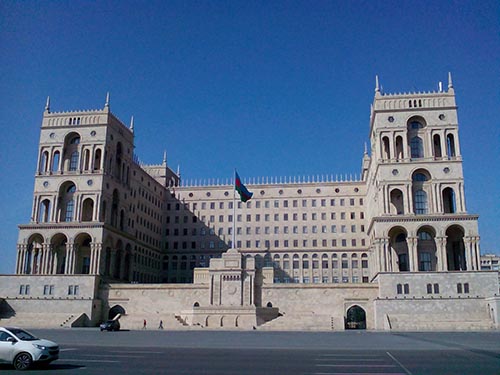 The TANAP project involves the construction of a gas pipeline capable of to cross Turkey to Georgia allowing the immediate transport of 16 million cubic meters of Azerbaijani natural gas (bcm) (amount growing over the years) produced by the Shah Deniz deposit on the Caspian Sea. 6 bcm of these would be destined for the Turkish market which today already represents the 90% of Baku's gas exports.

TANAP is threatened by the Turkish Stream designed by Russia to replace the South Stream and proposed by Putin during his official visit to Turkey last December 1 2014. With an initial capacity of 63 bcm (quantity questioned by the European Commissioner for Energy Maroš Šefčovič and seen as excessive for a market where demand would be lower than the supply), according to the analysis by Elnur Soltanov of ADA University during the meeting with Online Defense in Baku, Turkish Stream could threaten Azerbaijan only if the amount of gas transported to the Turkish market increased, undermining the preponderance of Azeri gas but still lower costs.

TAP, on the other hand, would be fundamental for Europe and in particular for Italy because it would allow Azerbaijani gas to reach Puglia directly after crossing the Adriatic Sea, Greece and Albania, initially transporting 10 bcm, however necessary to ensure less energy dependence on Moscow .

However, Russian gas would remain crucial because the export quantity of Azerbaijani gas to Europe equal to 35-40 bcm (with TAP and TANAP at full capacity), would still be far from 250 bcm of Russian origin; a real threat to Gazprom could however come from the huge reserves of Turkmenistan if the Trans Caspian Pipeline project, which involves Azerbaijan as a transport route and not as a producer, saw its realization.

So Russia and Azerbaijan, friendly or enemy countries?

Currently the commander of the Kosovo Force - KFOR, a multinational contingent made up of 28 nations, is the ...
1016
Read

It is news a few days ago of tensions on the northern border of Kosovo, after Pristina banned entry into ...
1496
Read

“Last night was a devastating night. Five hundred Taliban attacked the city. They reached the bridge of ...
5944
Read

Four years have passed since I first set foot in Donetsk. At the time the city looked spooky. Of ...
3074
Read

There was also Bill Clinton in Pristina, the capital of Kosovo, along with former Secretary of State Madeleine Albright and al ...
3796
Read