Albania-Serbia Cap.1: geopolitics in the balloon 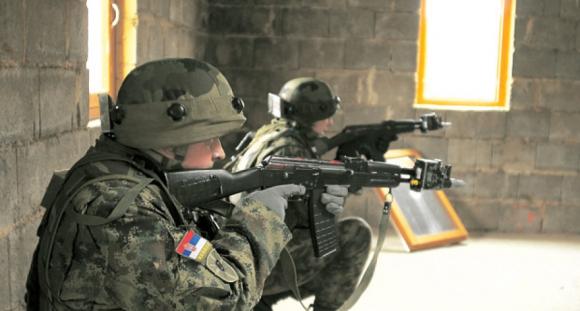 There are 100 meters between the first coffee on the north bank and the bridge of Austerlitz, so called by the French arrived in the '99. We are in Mitrovica, precisely in Kosovska Mitrovica, the heart of northern Kosovo and the border of two worlds.

At 300 meters from the south bank of the river Ibar instead, there is the square with the Mosque. There are many cafes along the way. Many have TV.

Among KFOR vehicles parked carelessly, Italian carabinieri in service on the bridge and the dusty Golf of the local police, all dozing. Even in the urban agitation of a working lunchtime.

To the north are the houses and faces of what remains of Serbian Kosovo, to the south a territory torn from Belgrade and which now only responds to Pristina, in fact independent. The tricolor and Serbian festoons waved between palaces, windows and broken walls, ready to return barricaded.

On the embankment opposite the red flags with the Albanian eagles steal the place from the blue ones invented for Kosovo. They are present in a less obsessive way compared to the Serbian shore. Once it was the Albanian ethnic group to show off to survive; today that he has obtained what he wanted, it is no longer necessary. 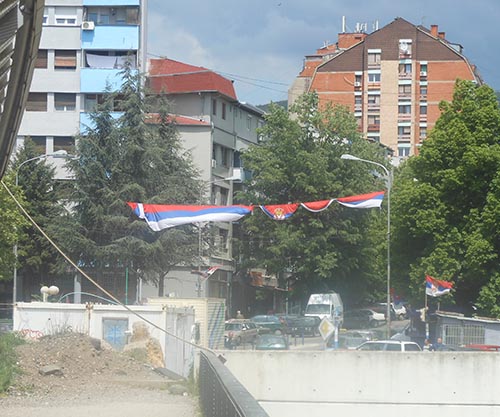 At a glance, a whole piece of European history is explained: Kosovo, created as an independent state, is essentially a piece of Albania. The unification in the name of Greater Albania was discouraged even before the 2008 referendum that with the Albanian demographic expansion and the boycott of the faithful in Belgrade, unilaterally sanctioned secession from Serbia.

The annexation of the territory of a State by third countries, even when it is sacrosanct, for International Law is more difficult to defend than the creation of an autonomous State. The case of Kosovo, which had little to do with sacrosanct, has not had any of these difficulties and everything has gone by itself, in the mischievous indifference of the world.

Meanwhile 300 km to the south, near Tirana, Albania-Serbia begins valid for the qualifications to the 2016 European Championships. Thousands of hearts begin to quiver even in Mitrovica on the two banks of the river, dragging behind a ball centuries of hatred and blood.

Directing war with sport is not always immediate; often in fact, becomes an occasion to turn the spirits and complicate things. Just walk around the city and realize it.

Moving from side to side up to two years ago was difficult. On the bridge there was the check point and the visa passport was kept. Now, even if the bridge is closed to traffic by stacked debris, on foot you pass and you can try to understand. On the painted walls of white, red and blue of Mitrovica Nord, the 1389 digits and the four C Cyrillic of the Serbian coat of arms are everywhere. Samo Sloga Srbina Spasava: "Only the unit saves the Serbs". From the 1389 every 28 June (the Gregorian 15) the Serbs celebrate the Vidovdan, which besides San Vito commemorates the Battle of the Plains of the Merli, the great slave sacrifice against the Ottomans. Kosovo Polje, just north of Pristina, is a village that has become epic for this. There is not much else to add: a people celebrating a defeat does not bother easily and a football match can not be enough.

On the other side, lower men with the qeleshe in the head and the darker faces remind us that millennia are not dust. If Belgrade is a Serbian province for Belgrade, for the Albanian heirs of the Ottoman domination, the Kosova now it's stuff to them. On the part of the one, the History; on the part of others the number of children who over the centuries shifted the weights. 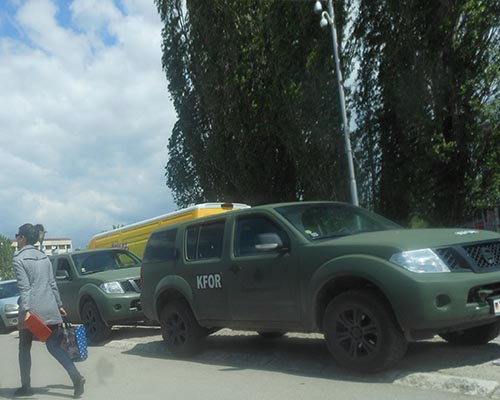 As long as Yugoslavia existed and commanded Belgrade, everything was silent. With the Serbian revanchism of Milosevic and the American paturnias, however, things have changed and in the 99 the horror began, the fourth act of the Yugoslav wars. The Serbs hunt the Albanians; the Albanians and NATO hunt the Serbs ... With the war and the will of the West (the US over everything) we arrive at the mock stall of today: from the Austerlitz Bridge to the Serbian "border" 50 km further north, it is more Serbia of Serbia. From the Mosque square of Mitrovica to Albania, it is now all Kosovo Albanian. The carabinieri and KFOR separate the contenders, more tired than before but equally rancorous.

On the one hand Orthodox crosses on tombs of Serbian soldiers, Cyrillic writings and Slavic stature. On the other, Islamic gravestones of UCK militia, the smell of Turkish coffee and darker eyes.

The coffee tvs speak different languages ​​on both sides of the bar, giving the result of Albania-Serbia with opposite tones.

No. A football match is not enough.