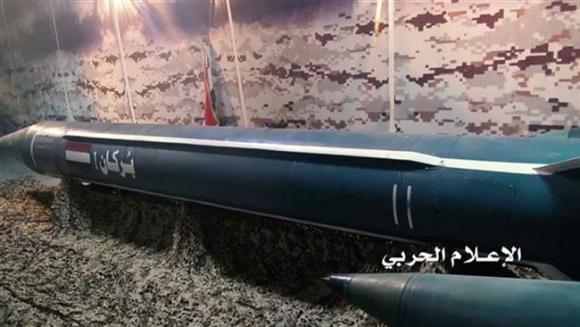 A missile Borkan, derivation of the vectors of the family Scud, was launched on Sunday 5 February by Yemeni rebel forces on Riyadh.

The missile would have hit the target identified with the Mazahimiyah military base, located at 40 km from the Saudi capital.

Il Borkan, tested several times in the 2016 to strike deep into the territory of Arabia, it officially has a range of 500 miles, but according to reports from Yemeni sources, in yesterday's attack it would have covered more than 1000 km from the launch point. Already in the fall, the rebels Houthi they had stated that Riad was on the list of upcoming goals.

After an attempt to hide the impact by launching the alarm for a natural disaster (earthquake or meteorite), the Saudi authorities have declared a state of emergency in the capital area.

I Borkan they are launched from the mountainous areas of the western provinces of Yemen, controlled by the rebels and by the Yemeni Republican Guard, loyal to former President Saleh.

Under the supervision of Iranian experts, the Shiite front would be able to build "do-it-yourself" missiles from the structures of old anti-aircraft missiles, such as the S-75 Soviets. The storage of dozens of carriers continues without a break away from the interception of the security forces of the Kingdom.

From a strategic point of view yesterday's launch (which took place just as Saudi Defense Minister Bin Salman was talking to the Sunni Yemen President Hadi) represents a significant qualitative leap in the conflict: the rebels have shown that Riad can be hit at any time .

Less than a week ago another Borkan had hit the island of Zuqar in the Red Sea, causing the death of dozens of soldiers and extensive damage to Saudi infrastructure. The news has never been confirmed by sources of the Arab Coalition.