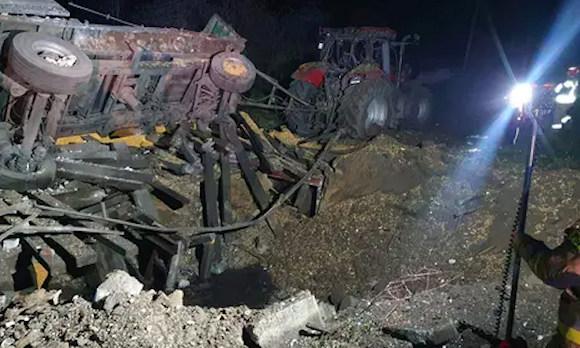 The news about the explosions in Poland, which apparently killed two civilians, caused a strong impression in Western public opinion and provoked an immediate (political) reaction from the main capitals. Russian Foreign Minister Lavrov, who was at the G20, left the meeting early to return to Moscow immediately.

The news chases each other and, while some reports point the finger at Russian weapons, which would represent a potentially serious escalation, directly involving NATO countries, on the other hand there is a tendency to throw water on the fire of passions, waiting for better know what really happened.

A deliberate Russian missile attack against Poland would, in fact, constitute a violation of NATO territory and could be a reason to invoke the intervention of the Atlantic Alliance, on the basis of the provisions of article 5 of the Treaty. This would create the worst scenario since last February 24, the day Russia attacked Ukraine, with a large-scale conflict between Moscow and the Allied nations.

However, invoking NATO's Article 5 (collective defence) is not automatic, nor is the implementation of measures leading to full-scale conflict.

While trying to understand the dynamics of the facts, the Polish National Security Council met in emergency session and a spokesman for the National Security Council of the White House communicated that "... we are working hard to gather further information ...". What is certain is that, together with the verification of what happened, we are also proceeding to determine which will be the most appropriate next steps.

It is a new crisis that emerged just when it seemed that glimmers of dialogue were opening, with the heads of the Secret Services of the two powers who had met in Turkey.

However, excluding the possibility of a deliberate attack by the Russians, an eventuality moreover excluded several times by Putin himself, who stated that he had no intention of declaring war on NATO, there is the possibility that the attack was not premeditated or , as suggested by some observers, may have been the effect of falling intercepted missile fragments of the Ukrainian air defense.

Certainly the unfortunate event should not have happened, but it immediately ignited controversy and gave reason for some to call for resolute action by NATO. On the Russian side, however, it is declared that it is a provocation to create further tensions in an area that for nine months has seen the systematic destruction of the territory by Russian missiles. The State Agency Tass also immediately quoted a spokesman as saying that “…the Russian Army did not conduct attacks on targets close to the Ukrainian-Polish state border…”. It sounds a lot like, even if the missiles are ours, it wasn't a deliberate attack.

If this were true and it was established that it really was an accident, the event would be debunked, even if the fact remains that it should never have happened.

Much will depend on how tonight will pass and on how Russia manages the crisis in the first place to avoid a widening of the conflict on a large scale, especially if it is established that it was an accident and if Moscow is willing, in some way, to recognize the error.