Home geopolitics Foreign Shorts US and Jordan stockpile hundreds of ...

The US and Jordan amass hundreds of armored vehicles on the border with Syria. The land invasion is imminent 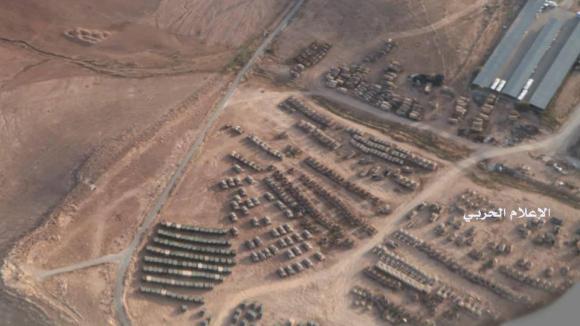 Syrian drones have photographed a large concentration of tanks and armored vehicles on the Syrian-Jordanian border. Sources of intelligence Syrian speak more than 400 means, massed at the Jordanian base of Zarqa just 40 kilometers from the border with Syria.

The tanks (in all probability part of the 300 M60 available in the various versions of the Royal Jordanian army), the combat vehicles and the troop transport, would support a not better quantified US task force, destined for southern Syria, in the area that east of the Golan Heights, it would reach the Syrian-Iraqi border post of Al-Tanf.

The probable invasion from the south would be linked to the latest developments on the ground in Syria. Since the end of April 2017, ISIS has been in disarray throughout the southern quadrant, also putting its positions around the besieged city of Deir Ezzor at risk. The retreat of the Caliphate terrorists would be followed by a rally of rebels (many of whom Islamists) from the galaxy of Free Syrian Army (armed by the West), who would occupy the abandoned posts.

The Syrian regular army and its allies, engaged in the offensive from Palmyra to the east, are intensifying their attacks along the axis of highway 2, an international artery leading to Baghdad. Damascus' objective would be precisely to oppose the replacement of ISIS with rebel militiamen. Syrian troops have just captured Sabaa Byar, 100 km from the Syrian-Iraqi border post of Al Waleed. The location is strategic because, along the whole stony and desert region of the south, it is the last hub before the border with Jordan, towards which there are no roads.

The concentration of Jordanian-American troops reported across the border would be the prelude to an imminent entry into Syria, whose goal would be to help theFSA and avoid the restoration of the authority of Damascus along the entire southern front.

US and Jordanian troops in southern Syria

The entry of Sweden and Finland into the Atlantic Alliance is in serious danger of causing, if not war ...
3167
Read