Home geopolitics Foreign Shorts Tensions in the Baltic ... and in the Mediterranean 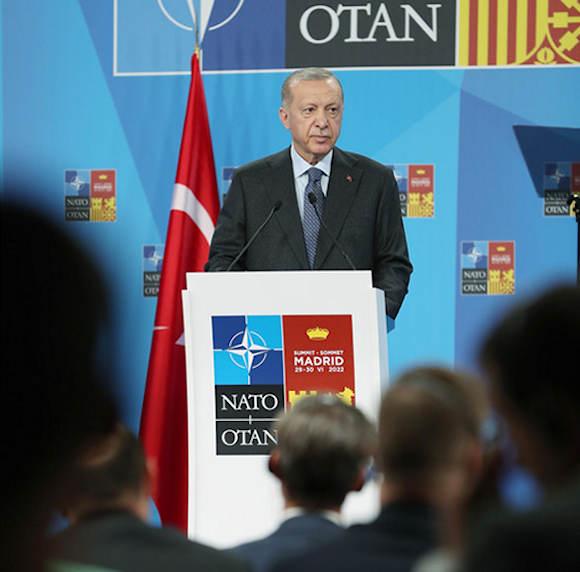 The entry of Sweden and Finland into the Atlantic Alliance seriously risks causing, if not open war with the Russian Federation, long periods of tension in the Baltic.

Before the war in Ukraine, Swedish public opinion was strongly opposed to a Stockholm entry into NATO, even after the fake Russian attack in 2013, when the Swedish defense systems were unable to alert their own air force and the Danes were mobilized to remove the "invaders".

At the recent Madrid summit, the Alliance heads of state and government gave Sultan Erdoĝan everything he wanted to give a favorable opinion on further NATO enlargement. The Kurds sacrificed themselves, but the Americans had already "given" them to the Turks. The greatest fear is that the western Mediterranean has been given to Ankara, with everything inside.

With the probable shift of the Atlantic axis towards the Baltic, Turkey will have a free hand in the western Mediterranean, countries such as Greece and Italy will be severely damaged. Ankara is making a major effort to strengthen its Navy. At this point, even a reintegration of the Turks into the F-35 program should not be ruled out.

However, even if this does not happen, the Navy has reconfigured the new amphibious assault unit. Anadolu in drone-carrier, embarking the TB3 Bayraktar soon to enter service (equipped among others with air-to-air missiles Akdogan). Furthermore, over the next 10 years, Ankara will build 15 new units, including corvettes, frigates and destroyers, as well as 6 submarines Type 214, such boats could be armed with the cruise missile Traveler, locally produced and powered by Ivchenko-Progress engines Al-35, from Ukraine.

Turkey will therefore have the necessary naval assets to implement the doctrine of Mavi vatan, or the "Blue Homeland" that will project Turkey from a continental to a maritime power.

All this to the detriment of our EEZ (Exclusive Economic Zone), already severely limited by the aggressive policies of Libyans and Algerians, on the other hand Italy has neither the political nor military tools to be able to counter the plans of Ankara in the least. The only ones who could hinder them, but only temporarily, could be the Greeks, whose Navy has launched a program to acquire new naval units from the French Naval Group, the latter preferred to Fincantieri for the construction of three new frigates.

Sooner or later, the Cypriot question will also have to find a solution. The separation into two distinct entities (one Turkish and the other Greek) of the island, after the 1974 war, cannot last indefinitely.

This morning the report, a bit slow and boring, of the war in Ukraine in the last two weeks has suffered a ...
12077
Read