Syria: USA and Russia ready for joint operations against ISIS in Raqqa 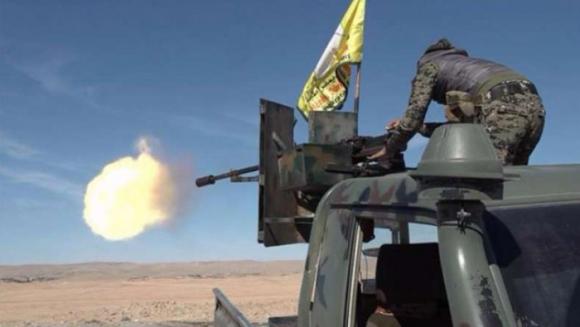 Reports from the Raqqa front speak of heavy setbacks for the Islamic State. The siege of the Caliphate takes shape essentially by virtue of the campaign Ira of the Euphrates launched by SDF (Syrian Democratic Forces), supported by heavy aerial bombardments by the US-led coalition. In these hours, as local sources report, the militias of the Islamic State are on the way and in retreat to Raqqa from the east and north-east. The SDF they would be consolidating the positions at only 10 km from the self-proclaimed capital of the Caliphate, with the aim of isolating it for the final siege.

Le SDF they are a coalition of armed and US-supported militias that contribute directly on the ground even with about 500 special forces men. Contrary to what is reported by many media that tend to identify the Syrian Democratic Forces with Kurdish forces alone, the fighting units on the Raqqa front are predominantly Arab. The data is far from secondary because on the one hand it reaffirms the Kurds' reluctance to fight in areas not directly linked to the ethnic origin, on the other shows the intentions of the American-led coalition to have a significant weight in the final race against the Caliphate.

American air operations on Raqqa have intensified to the point that local Arab sources are talking about a city now reduced to a pile of rubble.

In parallel, something is moving on the military political front. According to Russian Defense Minister Sergey Shoigu "Russia is ready for military operations coordinated with the US" in order to provide an exact timing for the final neutralization of the Islamic State.

The ball in the game is in the hands of Washington, which continues for the moment the ambivalent break-in phase following the inauguration of President Trump. The cold official declarations regarding the US-Russia relations of the US ambassador to the UN, Nikki Haley, was followed by the unclear position of the new US defense secretary James Mattis. In summary, the United States is available for political coordination to manage the Syrian framework, but still remains reluctant for military convergence with Moscow.

The war in Ukraine has multiple side effects, including the run-up of the countries most dependent on ...
2492
Read

At the height of three days of tensions, the Latvian parliament approved a bill allowing the ...
75089
Read

On 7 May, NATO Secretary General Jens Stoltenberg of Norway during an interview with the newspaper ...
3406
Read

“The Russians don't have the ability to enter the Azovstal tunnels ... That's not just a normal tunnel, that's a ...
10907
Read

The escalation of tensions between Russia and Israel continues. The statement on ...
7738
Read

This tweet you see is not the reaction of a keyboard lion, nor the post of a bored retiree passing the ...
3386
Read

Yesterday, on the sidelines of the visit of the speaker of the American lower house, Nancy Pelosi, Jim McGovern, a ...
5844
Read

"A major escalation is avoidable", so tweeted a few days ago Tor Wennesland, special coordinator of ...
937
Read

This would be an unbelievable story, if the protagonist on the Russian site hadn't told it, complete with video ...
7711
Read