Syria, retreating jihadists. In Homs, agreements for the evacuation of all Islamists are concluded 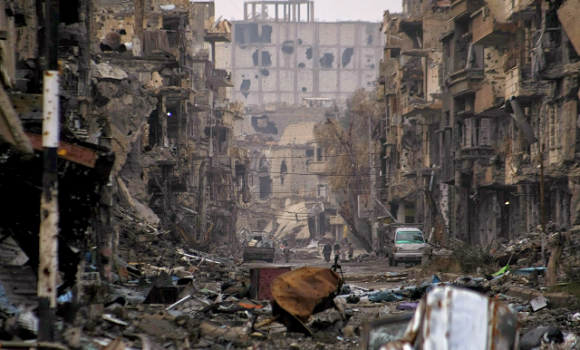 The Russian Reconciliation Center has mediated between rebel Islamist factions and Damascus authorities to close the agreement to end hostilities in the northwest suburbs of Homs.

The third city of Syria, known to history for its Roman victories against the reigning kingdom of Palmyra in the 3rd century, Homs has been half destroyed for six years of war. In the 2014 the center is back in the hands of the Damascus troops (see the reports of Online Defense in Syria), but in the suburbs the clashes between the government and Islamist factions continued for three years.

In these hours, an agreement has been reached for the evacuation of the rebels, who will be transferred elsewhere in exchange for immunity and arms delivery. The destination will probably be the Governorate of Idlib, which has been the repository for all the "remains" of the fundamentalist Assad rebellion for about a year.

The affected suburbs are the Al Waer area, between the Ring Road and the highway that connects Homs to Tartus. Military police and Red Half Moon will ensure the evacuation of the area safely.

The liberation of this area will guarantee the consolidation of the central-western area of ​​Syria, close to the coast and with an Alawite majority, historically faithful to the central power.

The elimination of scattered outbreaks throughout the country and the concentration of Islamist rebels in the Idlib region is the prelude to the "mother of all battles" that the Syrian army is starting to plan in the northwest of Syria. In addition to 25000 regular force men, there is talk of a massive presence of Hezbollah militiamen and Iranian paramilitaries.

Regarding the Syrian landscape, all the media attention is now monopolized by the Raqqa front and by the military movements in the plains south-east of Aleppo. The "civil war" between Islamists and the loyalist offensive will be the focal point of the coming months.

The Russo-Ukrainian War threatens the survival of hundreds of millions of individuals around the world as claimed ...
26183
Read

President Joe Biden has signed the measure, approved by the Senate, which authorizes and facilitates the provision of a ...
13362
Read

A battalion-level tactical group (BTG) would have been annihilated by (yet another) Ukrainian ambush on the river ...
15981
Read

For several days in Chad (one of the poorest countries in the world) demonstrations against the French presence have been raging ...
2324
Read

Libya continues to be shaken by uncontrollable instability, even if the attempts of the UN are ...
3292
Read

The war in Ukraine has multiple side effects, including the run-up of the countries most dependent on ...
3124
Read

At the height of three days of tensions, the Latvian parliament approved a bill allowing the ...
88217
Read

On 7 May, NATO Secretary General Jens Stoltenberg of Norway during an interview with the newspaper ...
3804
Read

“The Russians don't have the ability to enter the Azovstal tunnels ... That's not just a normal tunnel, that's a ...
12459
Read