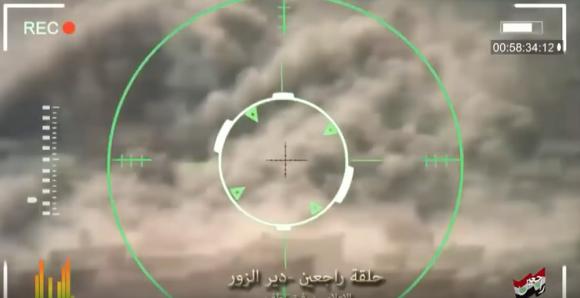 Exactly one year after the massacre of unarmed civilians carried out by the ISIS in Deir Ezzor (300 killed, of which half were beheaded), the Syrian city besieged by terrorists is once again being talked about.

The capital of the homonymous Governorate is now legendary throughout the country for having resisted for 4 years to the attacks of the Caliphate militiamen. Supplied from above and surrounded by the desert, it has returned to the center of military and humanitarian chronicles for the intensification of the jihadist offensive.

Especially after the fall of Palmyra last December, the fire of Islamic State militias was concentrated on Deir Ezzor, reinforced by the flows of fighters that continue to arrive from Western Iraq. A possible fall of Deir Ezzor would guarantee ISIS territorial continuity in eastern Syria, making it possible to displace all the forces hitherto engaged in the siege elsewhere.

The city lies on the Euphrates which runs diagonally from northwest to southeast. The Syrian troops control the western bank of the river and in particular: a good part of the inhabited center, the area of ​​the oil fields to the west (where the 123 is locateda Army Brigade) and the airport located at 3 km south-east of the city center. The Islamists have been concentrating the attacks for some days along the line of the district of Al Rasafah, in the areas of the cemetery and of the Panorama checkpoint, along the road that leads to the west.

For now the loyalists continue to resist causing serious losses to the ISIS militants. In these hours, the bulletins speak of a counter-offensive by the Syrian army, which counts about 4000 Republican Guard men in the city, led by Issam Zahreddine, general druse of the 104a brigade parà.

The Syrian and Russian airstrikes on jihdist positions would be very intense, with continuous sorties (about every 10 minutes from 48 hours). The battle continues.