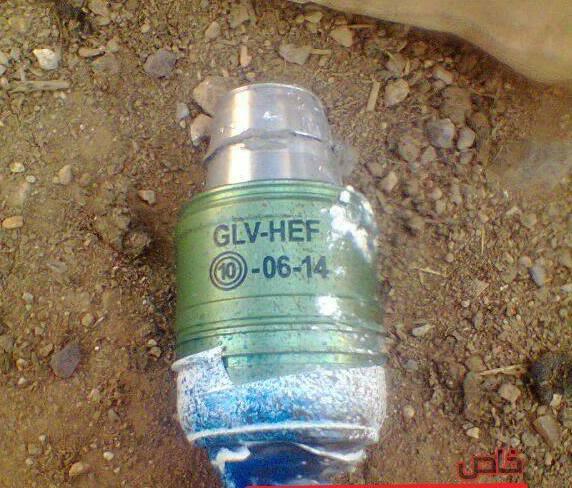 The news comes from sources of the Syrian General Staff and has been rebounded by some Arab newspapers (AMN), without for now confirmed by other press organs.

In the village of Abu Alalaya, 20 km southeast of Salamiyya, the paramilitaries of the National Defense Forces reportedly shot down a drone used by the Islamic State to bomb military and civilian positions along the line of contact with the Syrian army.

The carrier would have been armed with a NATO-manufactured GLV-HEF (Bulgaria), according to local military sources often used by the Caliphate on the entire front of the Governorate of Homs, Palmira and Deir Ezzor in particular.

Just around Abu Alalaya, in the area straddling the governorates of Hama and Homs, a very hard battle is taking place between government and ISIS for the control of the arteries (42 and 45 roads) that connect the Syrian coast to the eastern part of the country. The involvement of civilians is also heavy.

To cope with the total lack of air transport, both the Islamic State and the Islamists on the Hama-Idlib front are increasingly using drones, useful both for monitoring missions and for localized bombing missions.

The GLV-HEF has a range of 400 meters with a charge of around 40 grams of explosives and in its variants it is very common among Syrian jihadist rebel groups, who often use it with multiple grenade launchers.

If the capture of an unexploded device manufactured by a NATO country in Syria does not cause a sensation, certainly worthy of note is the packaging date (shown in the photo) indicating a supply of the 2014, three years after the beginning of the conflict in the Arab country .

In the operations for the reconquest of Aleppo in December 2016, in the eastern part of the city large quantities of Bulgarian-made explosives had been found, packaged in the 2015.

Libya makes people talk about itself again; she is an actress who cannot miss on the Mediterranean scene where, instead, politics ...
2072
Read

The war in Ukraine - now close to the end of four months - has introduced us to some places whose ...
7165
Read

President Joe Biden has signed the measure, approved by the Senate, which authorizes and facilitates the provision of a ...
14584
Read