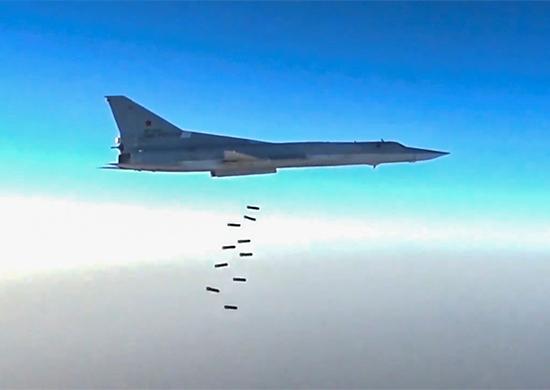 Caliphate militia attempted the latest defense in Syria by gathering considerable forces around Deir Ezzor, a city controlled by the Damascus army along the western shore of the Euphrates and besieged by terrorists by now 50 months. Reinforcements arrive: from west to Hama, where jihadists are retreat following the break-up of Syrian troops early in August; from the north by the Islamist lines engaged against the SDF and against the Syrian forces that from the Maskanah plain continue to march south-east.

These movements involve the formation of long, motorized and armored convoys that run through the desert trails of Eastern Syria to attack the Russian and Syrian aircraft.

The Russian Defense Ministry has issued a dispatch according to which Moscow planes would intercept and destroy an ISIS convoy consisting of hundreds of men and vehicles.

More than 200 militias would have been killed and dozens of vehicles armed with anti-aircraft and anti-aircraft weapons would be destroyed. The convoy was directed to the inhabited area of ​​Deir Ezzor to join the besieging integralist forces. Many columns including T-72, which had been taken from the Syrian army, were also part of the column.

The entry of Sweden and Finland into the Atlantic Alliance is in serious danger of causing, if not war ...
3191
Read

Libya makes people talk about itself again; she is an actress who cannot miss on the Mediterranean scene where, instead, politics ...
2076
Read