Home geopolitics Foreign Shorts Syria: "We shot down a fighter in ...

Syria: "We shot down an Israeli fighter". Tel Aviv denies 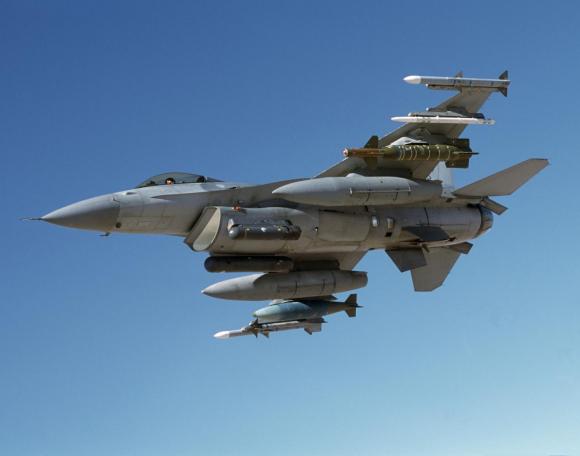 Four Israeli F-16s reportedly entered Syrian airspace after flying over Lebanon. The jets with the star of David would have hit unspecified Syrian and pro-Syrian targets on the Palmyra front. In all likelihood, the Israeli fighters would have engaged Hezbollah militia posts, particularly active in the war against ISIS in Syrian territory. Right in these hours, Damascus is committed to increasing the war potential to the east of the newly liberated city of Palmira, so that it continues eastward along the axis of Arak and Deir Ezzor. The participation of Hezbollah on the offensive would be significant.

According to reports from the Air Defense command of Damascus, immediately followed by the Iranians of PressTV, an Israeli fighter was shot down by the Syrian missile systems and another damaged. The four aircraft, which entered Syrian territory at 00,40 (Italian time), were then forced to fold.

The IDF's immediate denial: "The fighters would have evaded the Syrian defense systems and would have completed the mission." Tel Aviv has repeatedly reiterated its right to strike in Syrian territory every objective considered as a threat to its security. Along the backs of Golan, in the recent past he also provided medical assistance to militants fighting the Assad government.

The event of tonight (Friday 17, nda) is part of a very complex strategic framework that sees the heart of the Islamic State simultaneously attacked on two fronts: from the north on the Raqqa front, where active sleep SDF of the coalition supported by the US and the Syrian army (separately); from the south by the new Syrian offensive east of Homs and Palmyra.

The war in Ukraine has multiple side effects, including the run-up of the countries most dependent on ...
2579
Read

At the height of three days of tensions, the Latvian parliament approved a bill allowing the ...
82244
Read

On 7 May, NATO Secretary General Jens Stoltenberg of Norway during an interview with the newspaper ...
3469
Read

“The Russians don't have the ability to enter the Azovstal tunnels ... That's not just a normal tunnel, that's a ...
11244
Read

The escalation of tensions between Russia and Israel continues. The statement on ...
7854
Read

This tweet you see is not the reaction of a keyboard lion, nor the post of a bored retiree passing the ...
3429
Read

Yesterday, on the sidelines of the visit of the speaker of the American lower house, Nancy Pelosi, Jim McGovern, a ...
5935
Read

"A major escalation is avoidable", so tweeted a few days ago Tor Wennesland, special coordinator of ...
955
Read

This would be an unbelievable story, if the protagonist on the Russian site hadn't told it, complete with video ...
7795
Read