The Ukrainian eastern front is warming up 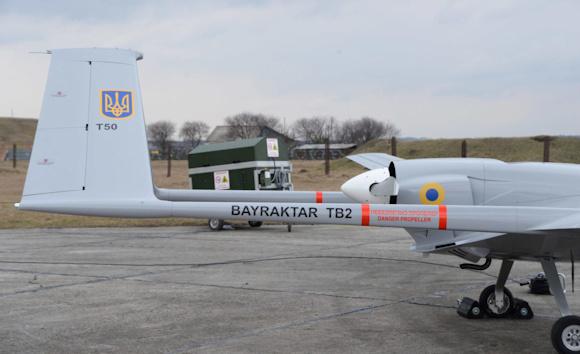 On Tuesday, Kiev forces began using Turkish-sourced TB2 UCAVs Bayraktar. The drones hit targets in the Telmanovo area, near the villages in the grey areas, occupied a few days ago by the Ukrainian forces.

Is there a change of pace in the Kiev strategy? Most likely yes!

Based on the geolocation data of the strike on the separatists' 30 mm howitzer D-122 (coordinates 47 ° 23'38N 38 ° 01'03E), the Bayaktar Ukrainian struck in the Telmanovo / Boykovskoe area, pushing about 15 km into the territory controlled by the separatist forces.

The use, in such circumstances, of a UCAV should be aimed at testing capabilities air defense, early warning (EW) e jamming of the enemy.

On the Donbass front there are daily fights. Tension has reached the border of Belarus, allied with Moscow. Even the peace talks that were held in Minsk are now blocked. After the hijacking of a scheduled flight by the Belarusian authorities, on the orders of President Lukashenko and with the support of Putin, Kiev has made it known that it no longer considers Minsk suitable as a neutral venue for negotiations with Moscow.

Photo: Ministry of Defense of Ukraine

The Russo-Ukrainian War threatens the survival of hundreds of millions of individuals around the world as claimed ...
27817
Read

A battalion-level tactical group (BTG) would have been annihilated by (yet another) Ukrainian ambush on the river ...
16143
Read

At the height of three days of tensions, the Latvian parliament approved a bill allowing the ...
88325
Read