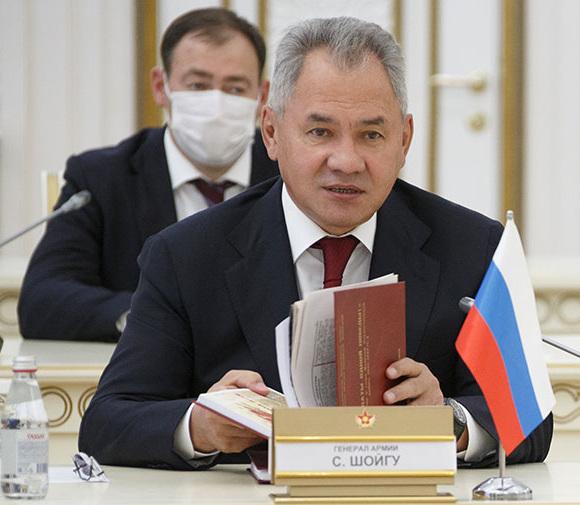 The Russian defense minister Shoigu's response to the German counterpart (Kramp-Karrenbauer) was not long in coming.1, had declared:

“We should negotiate with Russia from a position of strength. It is a fact that the Russians have invested heavily in the modernization of their armed forces, in the acquisition of new technologies, and the threat has become evident "2.

Meanwhile, Russia voted against the OPCW budget3 (Organization for the Prohibition of Chemical Weapons). On Monday, in fact, many participants publicly accused Russia of using chemical weapons against the "opposition leader Alexei Navalny"4 - a claim that Moscow rejected. And on Tuesday, the organization's budget was approved, which the entire Russian delegation opposed. Commenting on the findings, Permanent Representative of the Russian Federation to the OPCW, Alexander Shulgin, noted the systemic crisis of the structure that unites 193 states. In particular, its growing politicization "to satisfy the ambitions of individual countries".

In fact, Moscow denies that the organization, whose statute was reformed in 2018 giving the power to "attribute" responsibility for a chemical attack, violates its own founding treaties.

The British representative at the conference, Baroness Annabelle Goldie, spoke even more decisively: "Britain believes there is no plausible explanation for Navalny's poisoning other than Russia's involvement and responsibility for this terrible attack.".

Moscow has always categorically rejected all allegations of involvement in the accident, having repeatedly asked Germany (where Alexei Navalny was urgently taken on August 22 for treatment) to provide further information on the case and on specific aspects of the chemical component accused.

"We are answered: we know, but we will not tell anyone what type of Novichok we have found" - said a representative of the Russian delegation - "If they have nothing to show, then all this hype is open provocation in the worst traditions of" hybrid warfare ".

According to Alexander Shulgin, this is an "unbridled campaign for the so-called poisoning of a Russian blogger", as well as the desire of "Germany and its Euro-Atlantic allies" to use the OPCW in order to exert political and sanctioning pressure on Russia".

Staying in the OPCW sphere, we recall that Russia should have completed the work on the destruction of chemical weapons by 2020, but completed it sooner than expected (2017). The only OPCW member that has not yet destroyed its reserves is the United States, but according to the plan, Washington will have to complete the completion of the works by 2023.

4 "Opposition leader": as such he is defined by Western fiction, although, in fact, it is not such. Navalny, in fact, is neither a politician nor President Putin's "main" opponent. The political party backed by the blogger (Navalny) did not far exceed 2% in the last political elections in Russia.

Let's start with an apodictic fact: Kiev has never given up on wanting to regain the territories lost in 2014. This does not ...
4044
Read