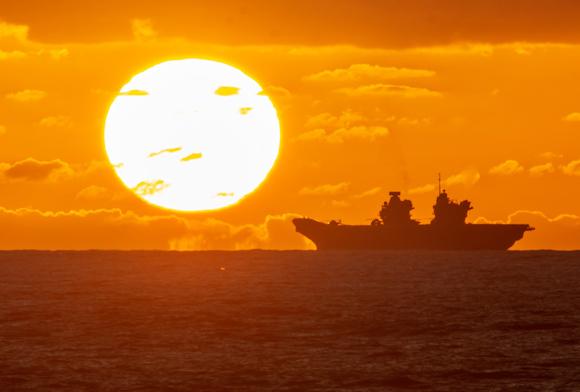 A few days ago, exactly on February 3, the UK's defense and foreign ministers met - remotely - with their Japanese counterparts. Among the topics covered are those relating to security and defense.

Both nations have expressed concern about China, particularly regarding the growing tensions in the South and East China Seas: both London and Tokyo have condemned Beijing's "aggressive" policy and geopolitical ambitions in the area.

It should be remembered that between China and Japan there is a territorial dispute over a group of islands - the Senkaku - administered by the Japanese in the East China Sea.

Ministers also discussed how to keep the Indo-Pacific routes free and open, considered of vital geopolitical importance to contain Beijing. Regarding this, Tokyo is pleased to see the arrival - within the year - of the aircraft carrier Queen Elizabeth and its Carrier Strike Group in the area; joint military exercises are planned between the two countries.

It should be remembered that the nation of the Rising Sun is consolidating and increasing military cooperation not only with London, but also with other countries such as those of Southeast Asia or Australia (think of the military pact signed in November 2020).

Japan is the main ally of the United States in the Pacific in an anti-Chinese function. As far as the United Kingdom is concerned, can we think that, by sending its aircraft carrier to East Asia, London is trying to "regain" a primary role in the Eastern chessboard?