Objective Palmira: the ancient city of art again in the sights of the Syrian forces 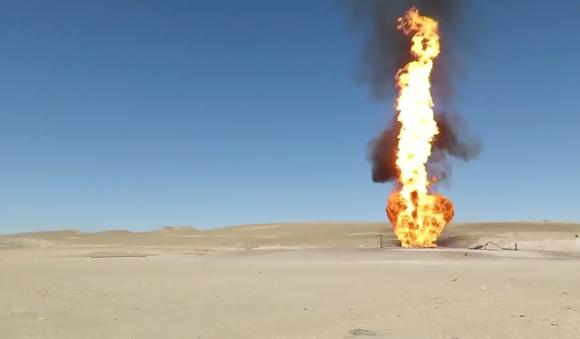 Tighten the shirt around Palmira. After the sudden occupation of the Caliphate terrorists last December, the troops of Damascus, aided by the Russian air forces, are again close to launching the decisive assault for the second liberation of the city.

The unequivocal symptom of ISIS difficulties in the Palmyra area is the destruction of the Hayyan gas extraction facilities to the west of the archaeological city.

The 14 February unit of the 5a Legion (department of volunteers only formed at the end of 2016) and of 18a Syrian battleship division had broken through the Islamic State lines at the height of the extraction wells, starting the approach to Palmyra.

The almost total destruction of the plants meets two requirements of the Caliphate: "poisoning the wells" before the retreat, a symptom of the perception in the ISIS commands of a short future in Syria; do as much damage as possible to the civilian population. This second aspect matured precisely in the winter of 2016-2107 when the shortage of gas and oil of the Syrian population essentially for domestic heating began to be felt.

In the Palmyra quadrant the Syrian regular forces, in addition to the departments of National Defense Forces already present on the ground, they can also count on Quwat al-Jalil (Galilee Forces) a Palestinian militia close to the party Baath Syrian, operatively integrated into the commands of the Damascus army. The Galilee Forces join other Palestinian groups allied with Assad in the Syrian war. Among these, the Liwa al Quds (Jerusalem Brigade) stood out in the final phase of the offensive for the liberation of Aleppo.

Despite the rapprochement with Palmira, it is not yet clear when the decisive assault will take place. The archaeological city has an essentially symbolic value and is currently almost completely uninhabited. The real strategic goal of Damascus was first of all to recover the gas extraction plants, the restoration of which now depends on heavy engineering work.

The timing of Palmyra's reconquest will also be affected by developments on other fronts, which in these hours establish the order of priorities. The clashes in Deir Ezzor (200 km east of Palmyra), the offensive to the east of the governorate of Aleppo (offensive on Deir Hafer, the Daraa front to the south and the birth of a new jihadist coalition north of Hama, are the commitments in these most pressing days of the Syrian Armed Forces.

The war in Ukraine has multiple side effects, including the run-up of the countries most dependent on ...
2024
Read

At the height of three days of tensions, the Latvian parliament approved a bill allowing the ...
51177
Read

On 7 May, NATO Secretary General Jens Stoltenberg of Norway during an interview with the newspaper ...
3138
Read

“The Russians don't have the ability to enter the Azovstal tunnels ... That's not just a normal tunnel, that's a ...
9975
Read

The escalation of tensions between Russia and Israel continues. The statement on ...
7335
Read

This tweet you see is not the reaction of a keyboard lion, nor the post of a bored retiree passing the ...
3217
Read

Yesterday, on the sidelines of the visit of the speaker of the American lower house, Nancy Pelosi, Jim McGovern, a ...
5571
Read

"A major escalation is avoidable", so tweeted a few days ago Tor Wennesland, special coordinator of ...
887
Read

This would be an unbelievable story, if the protagonist on the Russian site hadn't told it, complete with video ...
7476
Read