Home geopolitics Foreign Shorts Not only Ukraine: Libya is also on fire

Not only Ukraine: Libya is also on fire 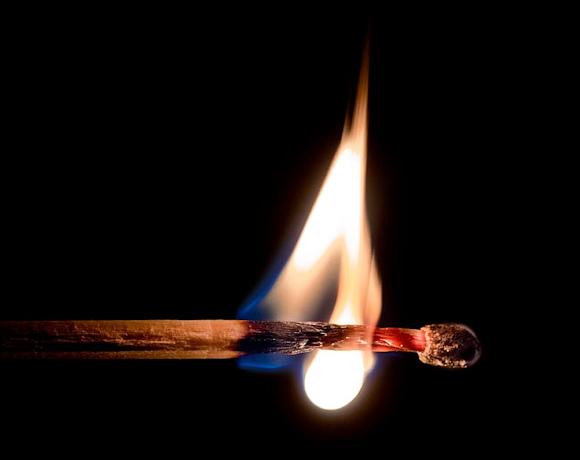 The Mediterranean is increasingly confirmed as the pressure cooker of global geopolitics. After the Russian naval maneuvers in the Strait of Sicily, which essentially anticipated the invasion of Ukraine, and the closure of the Dardanelles to the passage of the Muscovite warship after the activation of the Montreaux Convention by Turkey, it is now Libya to return to the attention of the coastal powers after the oath taken in Tobruk by the government parallel to the official one in Tripoli.

The Cyrenaic government, led by the former Tripoli Interior Minister Fathi Bashagha (following photo), was born in open opposition to the Tripoli executive of Abdel Hamid Dbeibah, which was supposed to lead the country to elections by December 2021 and which is unable to carry out the objectives that the international community has assigned to it.

However, Bashagha's oath did not go "unnoticed", so much so that three ministers were kidnapped by the pro-Tripolina Measured Joint Operations Force. Specifically, the militiamen from Misano captured the foreign minister Hafed Gaddur, former ambassador to Rome between 2006 and 2012, the new Minister of Culture, Salha Al Druqi and the Minister of Technical Education Faraj Khaleil. In addition, the airspace of Tripoli and Misrata was closed starting at 9:00 in the morning and all night on the orders of the government of Dbeibah, so as to prevent the ministers of the Bashagha executive from reaching the capital after the ceremony of oath. Gaddur, among other things, was released on March 4, almost immediately, by communicating it on Facebook.

Already in recent days, UN Secretary General Antonio Guterres had expressed concern over the irregular procedures (mainly intimidation) with which Bashagha had gained the confidence of the Tobruk Parliament. It is thought that this could, in all probability, be the beginning of an escalation that could lead to a new civil war in the former Italian colony. 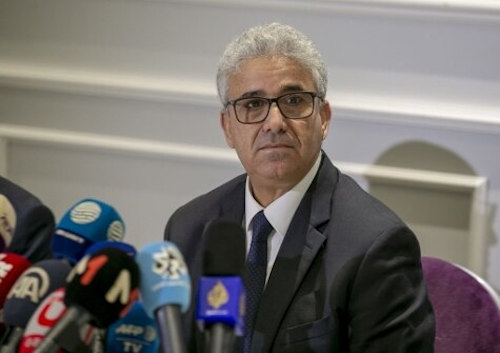 The political situation is difficult to manage and has in fact revealed what are the rifts between the people of Misano. Over the years Fathi Bashagha has been one of the most influential militia leaders of Misrata and has strengthened his political-military power in Tripoli thanks to his role, not to mention that since the arrival of the Turks in Libya he has become one of the most important exponents of the pro-Turkish party (Online Defense had dealt with Fathi Bashagha in these articles: "Libya: pro-Turkish minister Bashagha ousted. A glimmer for Italy" is "LIBYA: Bashagha reinstated with halved powers. Sarraj's victory is an opportunity for Italy"). Saturday 19 February the Measured Joint Operations Force led by Colonel Ibrahim Mohamed, it entered the country's capital to support Abdel Hamid Dbeibah's legitimacy as head of the Libyan government.

The joint forces of Misrata, Khoms and Zliten, with some 300 armed vehicles, marched on arrival in Tripoli's Martyrs' Square.

Colonel Mohamed, who declared himself opposed to the "army government" (ie that of Tobruk), asked to guarantee the correct Libyan democratic process and the calling of new elections as soon as possible, expressing what were Dbeibah's justifications for the occupation in arms of the capital. Obviously, these are useful trappings to hide the real political (and para-political) purpose of the occupation of the capital, that is to shore up Dbeibah in the government and strengthen the anti-Bashagha Measurean groups which are, in essence, in reality hostile to the transition. which would drastically reduce their powers and sources of livelihood.

On Friday, the main streets and squares of Tripoli and Misrata (where Dbeibah had gathered his supporters) were the scene of participatory demonstrations rejecting the decision of the Tobruk House of Representatives, taken the previous Thursday, to trust Bashagha.

The demonstrators called for the overthrow of the House of Representatives and the High Council of State and the retention of the government of national unity led by Abdel Hamid Dbeibah.

These are the signs that led to the Cyrenaic government's failure to "march on Tripoli" and to the kidnapping of the three ministers of Bashagha; for good substance to the rekindling of the Libyan conflict which, despite the "good intentions" of the UN, has smoldered under the ashes due to the lack of agreement between Russia and Turkey, the powers guaranteeing the interests of Cyrenaica and Tripolitania respectively.

On a color note, on 21 February the Nova Agency reported that the Russian mercenaries of the Wagner group, present in Libya since 2019 in support of Haftar and longa manus of the Kremlin in the affairs of the North African country and in the disputed areas of Françafrique, withdrawn from all their positions and operating rooms in the city of Sokna, in the center of the country and from the road that connects the cities of Ueddan and Sirte, the centers of the Muscovite presence in Libya. The Wagner fighters then headed to al-Jufra airbase bringing them full equipment and “Pantsir” air defense systems.

When the news was published, it was not clear why the Russians had decided to abandon consolidated and strategically important positions in Libya; today it is conceivable that the mercenaries of Wagner should and must perform particular tasks during the invasion of Ukraine which would have taken place in a few days, on 24 February precisely.

The situation on the ground remains particularly fluid, the UN agenda has practically skipped and the massive - albeit recalibrated - Russian presence on the ground suggests that the war in Ukraine will also cause shocks in Libya. Therefore, for Rome, Libya remains a scenario to be observed with particular attention both for the risks and for the opportunities that, inevitably, every conflict situation generates, at least for those who are able to exploit them.

Libya makes people talk about itself again; she is an actress who cannot miss on the Mediterranean scene where, instead, politics ...
611
Read

Vilnius calls, Minsk answers. Thus, we can summarize the (nth) frantic hours in the relations between the little but ...
11248
Read

Lithuania has begun to ban the rail transit of goods subject to EU sanctions to the ...
12407
Read

The war in Ukraine - now close to the end of four months - has introduced us to some places whose ...
6960
Read

There are few doubts: the first ... unfortunate meeting between the Russian Fleet in the Black Sea and a couple of ...
9255
Read

Poland, after supplying Soviet arms and weapons systems worth $ 7 billion to Ukraine ...
8623
Read

The Russo-Ukrainian War threatens the survival of hundreds of millions of individuals around the world as claimed ...
31456
Read

A battalion-level tactical group (BTG) would have been annihilated by (yet another) Ukrainian ambush on the river ...
18545
Read