Home geopolitics Foreign Shorts In the forest of missiles from North Co ...

In the forest of missiles from North Korea, a hacker attack takes a back seat 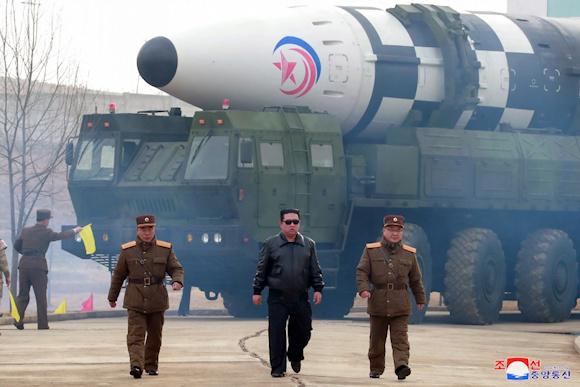 Above the 38th parallel the Supreme Leader's experiments and demonstrations of strength continue. Yesterday, in fact, the news that an intercontinental missile was launched from North Korea which ended its run about 150 kilometers off the Japanese coast.

It was since the end of 2017 that North Korea had not tested an ICBM and it is learned that the latter reached a maximum height of over 6000 kilometers covering 1100 kilometers in about 71 minutes potentially suitable to easily hit any city in the United States .

The White House immediately condemned the launch of the rocket which, through the mouth of the spokesman Jen Psaki, accuses the Koreans of having violated the various UN resolutions by increasing tensions in the region.

The by now periodic and constant activity of launching missiles by North Korea, has overshadowed the down of the internet a little over a month ago which created deep concern for the Pyongyang regime. The entire North Korean internet network is gone offline, with the exception of those sites that use servers outside national borders.

The population seems not to have even noticed what happened because North Korea does not allow its inhabitants to use the internet to connect to the rest of the world, but uses an intranet system kept under the direct control of the regime.

The one who suffered the blow was the government itself, because the Korean sites concerned were those few active on the internet that are used by the regime for its political propaganda abroad.

A severe blow to the Pyongyang regime, which on this occasion has not suffered any real damage, but comes out violated in its corridors of regime propaganda, in its home, where in fact it felt safe.

An American hacker, known by the code name of P4x, through a series of automated attacks, which he himself defines as very simple and which, according to him, would have the same importance as smearing a wall; to implement them he would have exploited the weak points of the servers that Kim's own experts have underestimated.

The hacker's main goal was not to hit the population, but to annoy the Korean government, as he himself stated.

His, however, seems only the prelude to other attacks aimed at stealing sensitive information from the regime. How to say for now it seems that P4x has tested the ground and seen the fragile points to pave the way for something more relevant.

The American government does not seem to be behind the attack, but only the fruit of its own independent revenge. In fact, he stated that he had suffered a hacker attack by the Korean government, which was trying to steal information on the vulnerabilities of the IT security systems used in the West.

Who knows if the White House will decide to intervene or to use the powerful means of P4x in his favor, given the latest provocations by the Pyongyang regime.

Vilnius calls, Minsk answers. Thus, we can summarize the (nth) frantic hours in the relations between the little but ...
6139
Read

Lithuania has begun to ban the rail transit of goods subject to EU sanctions to the ...
12022
Read

The war in Ukraine - now close to the end of four months - has introduced us to some places whose ...
6568
Read

There are few doubts: the first ... unfortunate meeting between the Russian Fleet in the Black Sea and a couple of ...
9018
Read

Poland, after supplying Soviet arms and weapons systems worth $ 7 billion to Ukraine ...
8508
Read

The Russo-Ukrainian War threatens the survival of hundreds of millions of individuals around the world as claimed ...
31210
Read

President Joe Biden has signed the measure, approved by the Senate, which authorizes and facilitates the provision of a ...
14469
Read

A battalion-level tactical group (BTG) would have been annihilated by (yet another) Ukrainian ambush on the river ...
18395
Read

For several days in Chad (one of the poorest countries in the world) demonstrations against the French presence have been raging ...
2609
Read