Home geopolitics Foreign Shorts Thousands of dead and mutilated among the milit ... 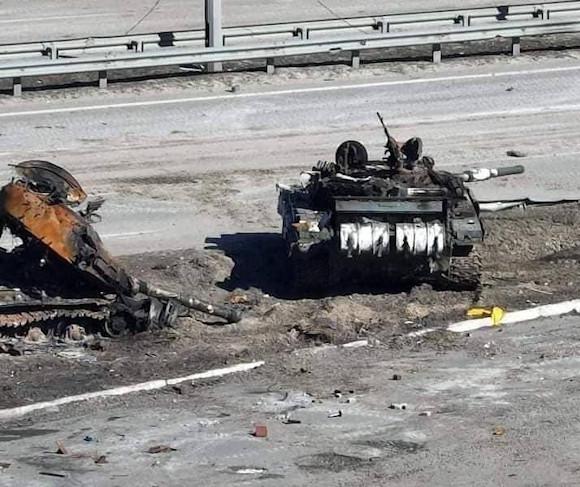 How many dead are there among Russian troops in Ukraine? Hard to say: we only know the names of five generals - probably out of seven actually killed - and of numerous senior officers who lost their lives in combat. Since the leaders of Putin's army have died proportionally more than in all Russian wars of the twentieth century since February 24, it is easy to deduce that the troops cannot see death less closely than those who lead them.

Since the Ministry of Defense has been silent since 2 March, after having revealed a large number of deaths (see article), and Putin speaks angrily of "speculation on military losses", we have only the western and Ukrainian estimates to lean on but fairness we prefer to look for something close to the truth on our own.

Fortunately for us, some information has leaked from neighboring Belarus to help us orient ourselves and that country has not yet fallen as impenetrable for the media as in the Russian Federation (see article).

Apparently the hospitals of the major cities in the south of the country would collapse "Worse than in the days of COVID" for the non-stop arrival of soldiers and officers from Moscow in need of urgent surgery and treatment. By now, limb amputations and life-saving interventions would be performed "without interruptions". Deutsche Welle he met surgeons who had to amputate the limbs of dozens of Russian soldiers in two or three consecutive shifts, almost non-stop.

A doctor, guaranteed by anonymity, told the Daily Mail that "there aren't enough surgeons. Previously, corpses were transported by ambulances and loaded onto Russian trains. After someone shot a video about it and the Internet ran out, the bodies were uploaded at night so as not to attract attention ".

A doctor from Mazyr told The Times of Israel less than a week into the war, there were queues of buses with tinted windows, laden with wounded from Ukraine.

Since the beginning of March, that is to say more than two weeks ago, due to the huge number of wounded Russian soldiers to be treated, all interventions and hospitalizations in the cities of southern Belarus have been canceled, creating a lot of discontent among the population.

The Belarusian Medical Solidarity Foundation confirmed a Deutsche Welle that all hospitals are under strict control: "There are FSB employees on the staff. All buildings are under surveillance. Many doctors, who in theory could have said something, have been removed from hospitals and replaced by Russians". It goes without saying that the local medical, nursing and administrative staff are too terrified to tell the horror stories that happen every day in wards and operating rooms. At one point, in recent days special trains for the transfer of the wounded to Russia entered service.

Meanwhile, in Belarusian regions bordering Ukraine, residents report a rising tide of horribly mutilated corpses and soldiers being shipped out of Ukraine and then sent elsewhere for further treatment or burial. Until a week ago, more than 2.500 corpses of soldiers would have already been transferred from Gomel to Russia: if you consider that only the wounded and dead can arrive there from the famous / infamous 64 km column which at the beginning of March had come down from here in the direction of Kiev and has been largely disrupted or destroyed by the Ukrainian resisters, you understand that - with at least four other fronts open to the east and south of Ukraine - perhaps an estimate halfway between that of Washington and that of Kiev, that is, of at least 10.000 Russian deaths in three and a half weeks of war does not appear unrealistic. To understand, in the perspective of a duration of one year, it is equivalent to over 140.000 deaths, practically an entire army.

Why do they die? Because a fierce combat is raging, but also and above all because the length and depth of the fronts do not allow easy rescue of the wounded. In short, they die from Putin's strategic planning errors and his high commanders.

Frankly, even if we want to halve the losses compared to our estimates, that is, to imagine fewer deaths in Moscow than the Americans envision, we must ask ourselves how resilient the Russian armed forces are compared to an unsustainable number of losses. , between dead and wounded, for any armed force in the XNUMXst century: certainly, the soldiers of Moscow had not practiced for all this and however strong a military instrument is it should not, in a rational perspective, win and self-destruct at the same time.

The entry of Sweden and Finland into the Atlantic Alliance is in serious danger of causing, if not war ...
3090
Read

Libya makes people talk about itself again; she is an actress who cannot miss on the Mediterranean scene where, instead, politics ...
2060
Read