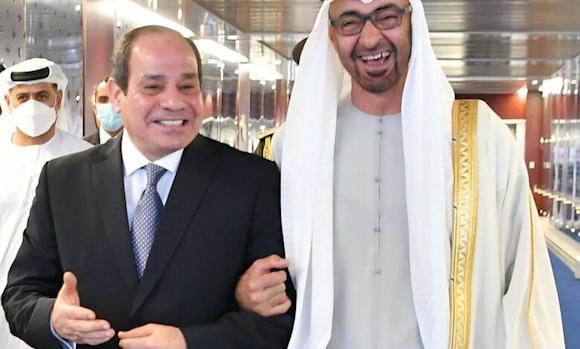 The project will be led by the company Masdar (Emirates), engaged in the renewable energy market.

Once completed, the 10 GW wind farm will produce 47.790 GWh of clean energy per year and offset 23,8 million tonnes of carbon dioxide emissions, equivalent to approximately 9% of Egypt's current CO2 emissions.

The project will be part of the initiative Green Corridor of Egypt - a network dedicated to renewable energy projects - and will contribute to Egypt's goal of ensuring that renewable energy accounts for 42% of its energy mix by 2035. The wind farm will also save the Egypt approximately $ 5 billion in annual natural gas costs and will help create up to 100.000 jobs. Direct employment in the construction phase is estimated at around 30.000, with as many as 70.000 indirectly employed. After construction, approximately 3.200 jobs will be added for operation and maintenance.

Mohamed Jameel Al Ramahi, CEO of Masdar, finally stated: "With this agreement to develop our largest project ever, Masdar is proud to strengthen our contribution to Egypt's renewable energy goals, while strengthening our partnerships with Egyptian companies Infinity Power and Hassan Allam Utilities. We are confident that this project will help provide clean and sustainable energy to the Egyptian people, while ensuring that the country respects its decarbonisation commitments ".

The death toll from yesterday's suicide attack in a "Pakistani" mosque has risen to 89 dead and 160 injured...
2218
Read

Within a month, the approximately 400 soldiers of the French forces of the "Sabre" operation will have to leave the territory of the ...
2448
Read

Al-Shabaab strikes again1. This time the balance of the attack against a Somali army base perpetrated by ...
1218
Read

In less than a year, the African continent has experienced eight coups and attempted coups. But the cravings of…
1581
Read

While in Italy there is more or less serious discussion of "mini naia" and its possible form, duration and purpose,...
1713
Read

The trial of Salih Mustafa, a former commander of the ...
2346
Read

During a recent trilateral summit with the President of Azerbaijan, Ilham Heydar oğlu Aliyev, and that of the ...
1279
Read

The High Court in London has found the British government's plan to send asylum seekers to Rwanda lawful. The...
1290
Read

Peru has declared a national state of emergency. Over the past week, since now ex-President Pedro…
1999
Read