Home geopolitics Foreign Shorts Western Libya in the chaos and Italy in the ...

Western Libya in chaos and Italy in yet another tragicomic situation. The only remedy is censorship? 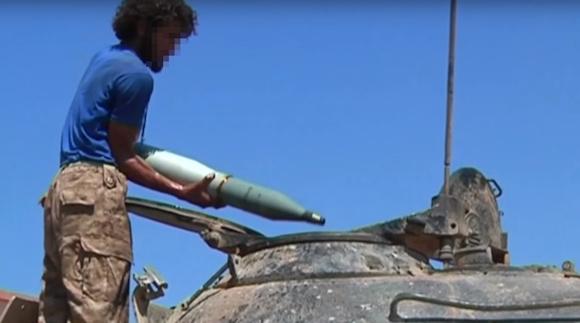 In Libya we are at a turning point. A few days ago general Haftar proclaimed himself the winner, declaring the operation completed Dignity with the victory over the last rebel fringes in Benghazi. Now in Tripoli weapons are hysterically talking again.

"If the politicians will not find an agreement by resolving the crisis in Libya within six months, the army will take care of it"The general said in a statement last week.

Result? The panic: after the mutual annihilation of some rival factions near Tripoli, from 36 hours would be in progress violent clashes a few tens of kilometers east of the capital between Misurata forces linked to former Prime Minister Ghwell and tripoline militias faithful to Al Sarraj. The premier, we remember, is recognized by our country and by the UN, but in Libya perhaps not even by his bodyguards ...

Last Friday the rumor spread in Tripoli of a siege to the city by 1000 pick-ups armed with heavy machine guns from Misrata. After days of embarrassment and indecision about what to do, the government would respond by sending troops to the city of Garabulli to meet a (real) force of armed pick-up 500 that occupied the area.

Meanwhile in Misrata the forces loyal to Prime Minister Al-Sarraj would remain neutral and are supported "healthily" by our armed forces (v. Hippocrates operation). They seem to be the beginnings of a small civil war among losers.

In the East, General Haftar is delighted with the military successes in the field and above all with the political victory secured by the release of Saif al Islam Gaddafi, the son of the former raìs.

In Tripolitania the clashes grow by the hour and in the capital there is a surge in the abductions of people capable of making a conspicuous ransom to self-finance the local militias. The militias Warshafana seem to stand out in this special business.

Life for civilians, the common people ignored by Italian and international analysts, is increasingly critical: savage crime, lack of work and poor currency circulation even for simple survival. To this we add that the cost of basic necessities (managed for a significant part by businessmen from Misurata!) Has increased tenfold in recent years.

In essence, what we saw a few weeks ago is taking shape: Libya is lost! (v.articolo)

It remains only to define with how much shame for the Italian management of a game in which we never had even a card in hand.

The only real relief, a real drama in the drama, is a strict censorship of news that seems to be the only Italian media-political strategy.

In Tripoli more and more people are waiting for the general ...

Libya makes people talk about itself again; she is an actress who cannot miss on the Mediterranean scene where, instead, politics ...
911
Read

Vilnius calls, Minsk answers. Thus, we can summarize the (nth) frantic hours in the relations between the little but ...
11268
Read