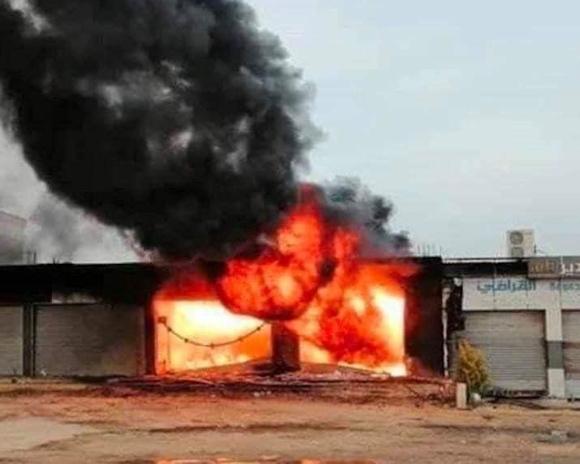 The Italian media are focused on COVID-19 and the upcoming European summit, however it is necessary to pay attention to the Libyan civil war.

In recent weeks, both General Haftar and the president of GNA al-Sarraj have continued to receive supplies (weapons and materials) from their respective sponsors.

Ankara's military support allowed al-Sarraj militias to launch a counter-offensive (operation Peace storm) which forced the forces of Cyrenaica to a hasty retreat from positions along the Tunisian border. Haftar's casualties are significant, especially as far as officers are concerned (many casualties were caused by Turkish armed drones Bayraktar TB2).

These days there is also fighting south of Tripoli, where the militias Syrian of Ankara are inflicting heavy blows to the men of Haftar: al-Sarraj is in a hurry to close the game before the start of Ramadan on April 24th.

The credibility and prestige (for what remained of it) of the United Nations are certainly to be counted among the victims of the war in Libya.

There have been numerous failures in the search for a political solution led by the now ex special representative United Nations Secretary General Ghassan Salamè (photo) who resigned in early March this year. 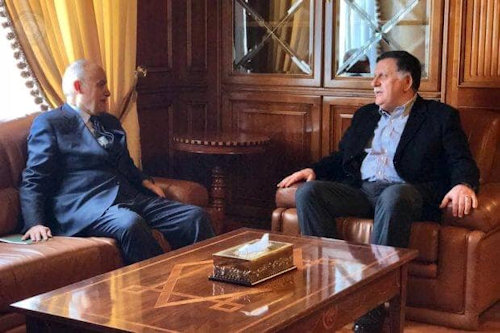 Another not received is the European Union, plagued at the moment by the infectious emergency and focused on economic mechanisms to save (at least hopefully) the economies of the Member States, it would seem that it is completely ignoring Libyan theater.

We are silent about the role of our country for the sake of homeland.

On the other hand, the Berlin Conference on Libya on 19 January, with its long list of recommendations and directives, constitutes the final proof of the failure of any political initiative that does not take into account the actual situation on the ground.

To date, the main players in the Libyan game are quite different.

On Haftar's side is Egypt's al-Sisi which is recruiting sub-Saharan militiamen to fight them against the GNA forces; while Sultan Erdoğan continues to strengthen Tripoli's military device under agreements recently made.

As is known, on November 27 2019, Tripoli and Ankara signed a treaty on maritime borders, strongly opposed by Egypt and Israel.

Objective of the Treaty: define the boundaries of the EEZs (Exclusive Economic Zones), ie the stretches of sea where it will be possible for Tripoli and Ankara to exploit energy resources; allow Turkey to provide military assistance if requested by the Libyan government. 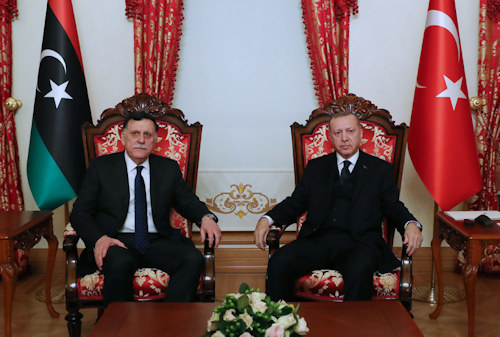 Egypt had excluded Turkey from a series of meetings called in 2018 which led to the establishment of the Mediterranean Gas Forum in January 2019.

Translated into the declination of Ankara's foreign policy: To hinder the commercial exploitation of the area, in order to oblige other countries to the geopolitical and economic recognition of Turkey in the Eastern Mediterranean; circumvent the failure to recognize the Turkish area of ​​Cyprus; extend its area of ​​influence to Cypriot waters, with the redefinition of maritime borders, exploration areas, or reach an agreement; exploit Libyan energy sources.

If Haftar's situation worsens, he will have no choice but to completely block exports of crude oil (the primary source of livelihood for the Libyan population), thus causing a very serious humanitarian crisis that the Italian government would have to manage with few possibilities to limit the departures from Libyan territory and the end of any flow management policy.

The increase in the level of violence of the conflict would lead to a decrease in hydrocarbon production and the cessation of activity in various plants.

The political forces that recognize themselves in the Libyan general would have every interest in awarding the new exploration and extraction contracts to the energy companies of their main international supporters (primarily Egypt and the United Arab Emirates), to the detriment of ENI.

As for existing oil contracts, there would be no immediate risks, as ENI's activities are governed by international contracts that have a duration of between 2038 and 2043.