Home geopolitics Foreign Shorts Libya: the void occupied by others (to our ... 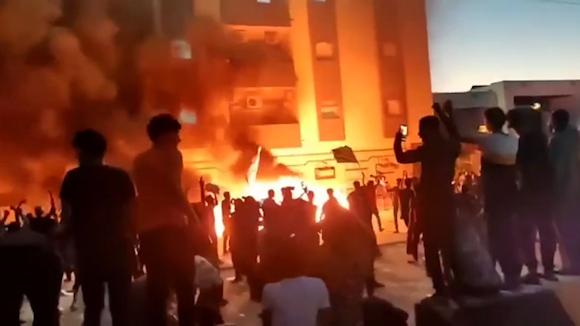 Libya makes people talk about itself again; she is an actress who cannot miss on the Mediterranean scene where, on the other hand, Western politics follows its own declinations. Those who intelligently pursue their own interest in oil crops, and those who are on the run, hoping for unlikely miracles of "stelloni" that have long since gone out.

The motivations for the latest uprisings in Tobruk are so general and vague that they can be adapted to any event anywhere in an area that makes instability its creed; poverty, lack of energy, objective social difficulties legacy of decades of neo-colonial aims, have their roots in an institutional turmoil that continues to see two governments and elections increasingly unlikely and distant. An objective evaluation close to a reality that would bring them closer al Khadafi to the chambers of power, he places the consultations more distant every day.

Given that the country is more and more divided tribally into three (woe to forget the Fezzan), and that Latin Libya first and then Italian has now faded as a memory of museum maps, two elements stand out clearly: the first is that attributable to patrons who, from the outside, periodically agitate, to remember their importance, impoverished masses and still attracted by Jamayrhia, the second is the inane intangibility of countries dangerously undermined by oil and gas fields never before vital for asphyxiated economies and at the mercy of suppliers who nonchalantly pass from references on Brent to those more expensive on the Dutch TFT. Finally, a malicious corollary follows from the first point which, given the timing, brings the Baltic, the Bosphorus, Libyan sands and closed-door negotiations closer together.

It is impossible not to stigmatize the continuing absence of Armed Forces on the part of countries in heavy political trouble in places where the perimeter of interests should have been marked for some time. In addition to an internal political evaluation, which cannot ignore the fractures that have always existed in an immense country, attention must be placed on the conditioning operated on international relations by strong-willed actors voted to affirm precise policies of power.

If the possible (and tragic) weakening of ENI not supported by military presence is added to the operations of the coast guard conducted against the donor countries themselves, the picture can only become clearer.

Friday 8 July a few kilometers from the site of the massacre of almost two entire battalions about two months ago (...
18011
Read