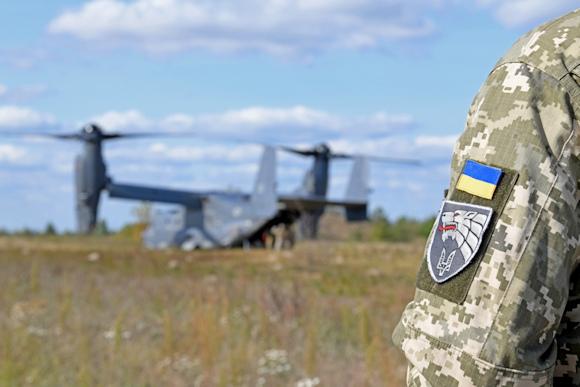 Let's start with an apodictic fact: Kiev has never given up on wanting to regain the territories lost in 2014. This is not only true for the Donbass but also for the Crimean Peninsula (annexed to the Russian Federation with a referendum), indicated by the UN as " temporarily occupied territory "1.

Ukrainian President Volodymyr Zelensky, in a decree last March, reiterated that Ukraine "Does not recognize the compulsory or automatic acquisition of Russian citizenship by Ukrainian citizens living in the territory temporarily occupied by Russia", and considering it "as an act of coercion against Ukrainian citizens and violation of international humanitarian law". Adding that "Ukraine reserves the right to use all means necessary to protect rights and freedoms, independence, sovereignty and territorial integrity, in accordance with Article 51 of the United Nations Charter".

Furthermore, on April 2, the Ukrainian president convened the National Security and Defense Council. On the same day, government artillery hit the outskirts of Donetsk, in particular the Oktyabrskij neighborhood and the village of Spartak, apparently without causing casualties among civilians. Flights of Turkish-made UCAV TB2 were also observed Bayraktar, recently acquired by the forces of Kiev.

The official motivation for Ukrainian aggression is that the Kremlin - according to Kiev intelligence sources - is preparing its forces for entry into the Donbass, believing that the latter could even attempt to penetrate further into Ukrainian territory. 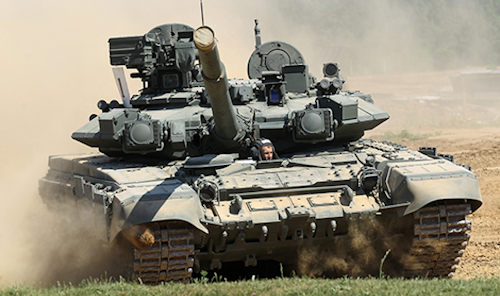 Also according to the Ukrainian intelligence services, the Russian expeditionary force will be fully operational in mid-April.

Also adding fuel to the fire is the resolution of the Ukrainian Parliament, approved last April 1, which states that Ukraine is in a situation of conflict with the Russian Federation, asking the latter to immediately stop hostilities in the Donbass and to abide by the previously established ceasefire.

In recent days, the commander-in-chief of the Kyiv Armed Forces, Ruslan Khomchak (photo), said that “The Armed Forces are preparing today for various scenarios and, of course, we are preparing for the offensive. We are creating training bases, partners are helping us. (...) The president has no problem giving the order to attack. It is only necessary to estimate the consequences, the forces, the reserves and the capacities of the state. Donetsk is a city where millions of people live, in the event of an offensive, there is a risk that many civilians will die ".

Compared to 2014, the Ukrainian forces have been re-equipped and reorganized, thanks mainly to the aid received from friendly countries, in particular the United States, Canada and the United Kingdom (Poland is also massively supporting the government of Kiev, having a 'atavistic fear of Russia). In addition, Kiev has developed, in recent years, a series of new weapons, especially in the missile field. 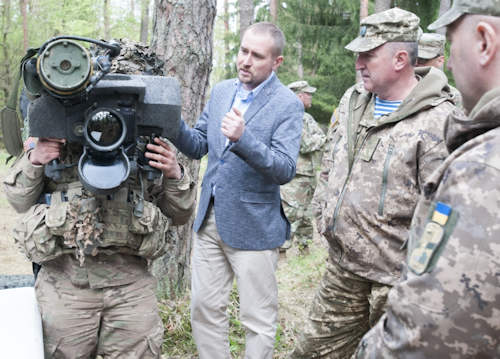 The previous US administration had already authorized the sale to Ukraine of communications equipment, artillery radars and small UAVs. In addition, about a hundred FGM-148 anti-tank missile systems arrived two years ago Javelin (photo), this constitutes a clear message sent by Washington to the Kremlin.

The government of Kiev would therefore seem willing to go ahead with its territorial claims, supported by Western (especially American) support.

The High Representative of the Union for Foreign Affairs and Security Policy, Josep Borell, pledged strong support from the European Union to Ukrainian sovereignty and its territorial integrity, during a telephone conversation with Dmytro Kuleba, the Ukrainian foreign minister, on 4 April.

However Moscow has warned that it will take "all necessary measures in case of Western military interference in Ukraine". The Kremlin has admitted the movement of its troops to the Russian-Ukrainian border and into the Crimea. But he assured that "he is not threatening anyone". On the other hand, he also expressed his own "Concern about growing tensions and that in one form or another the Ukrainian side may take measures that lead to war".