Home geopolitics Foreign Shorts Russia wants half of Ukraine and will attack ... 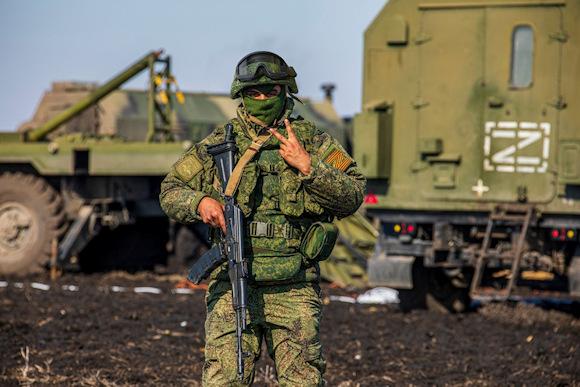 Russia declares its intention to attack the territory of Moldova and reduce Ukraine to a Russian protectorate. It does so through the mouth of a major general, while we politicians and the media seem almost to give credence to the thesis that Moscow is satisfied with the Donbass and offers peace in exchange for the withdrawal of the resisters from Azovstal.

Speaking is General Rustam Minnekayev, deputy commander of the Russian central military district - quoted by Kommersant, Tass and ImterFax and therefore to be considered "spokesman" of the true position of the Kremlin - the Russian army plans to take full control of the Donbass and the Southern Ukraine, thus creating a land corridor with Crimea. And so far it seems to confirm how much everyone believes the Kremlin's position is. However, he specifies that Russia considers itself now "At war with the whole world, as it was in the Great Patriotic War" as "The whole of Europe, the whole world was" and it is against Russia, since "He never liked".

The military also confirmed that Russian forces aim to take control of all Ukrainian ports of the Black Sea, through which Kiev's agricultural and metallurgical products flow into international markets, with the aim of impacting vital nodes. of the Ukrainian economy and to reduce Kiev into a state of dependence. But it doesn't stop there: Russian control will have to extend to Transnistria, Where the leadership identified another "Oppression of the Russian-speaking population" to put into fight. In short, an attack on Moldova is in the Kremlin's plans and the reason is already proposed to the world.

It goes without saying that Moscow - instead of having reduced its objectives as we are led to believe by giving credit to many media and politicians - intends to push its forces, according to the writer seriously insufficient - we remember: at most 120.000 troops including mercenaries are present in Ukrainian territory at the moment - on a front that - from Odessa to Kharkiv - is longer than that on which Hitler Germany during theOperation Barbarossa pushed 3,8 million troops into the attack.

In conclusion, although General Minnekayev speaks of an evident superiority of Russia by land, air and sea, in these first days of confrontation, the Russian forces have attacked the Ukrainian positions in the South and East with modest territorial gains and even some important losses, being able to move only along the most important roads. We'll see if they can do better ...

The war in Ukraine has multiple side effects, including the run-up of the countries most dependent on ...
2635
Read

At the height of three days of tensions, the Latvian parliament approved a bill allowing the ...
84310
Read

On 7 May, NATO Secretary General Jens Stoltenberg of Norway during an interview with the newspaper ...
3500
Read

“The Russians don't have the ability to enter the Azovstal tunnels ... That's not just a normal tunnel, that's a ...
11383
Read

The escalation of tensions between Russia and Israel continues. The statement on ...
7902
Read

This tweet you see is not the reaction of a keyboard lion, nor the post of a bored retiree passing the ...
3441
Read

Yesterday, on the sidelines of the visit of the speaker of the American lower house, Nancy Pelosi, Jim McGovern, a ...
5976
Read

"A major escalation is avoidable", so tweeted a few days ago Tor Wennesland, special coordinator of ...
962
Read

This would be an unbelievable story, if the protagonist on the Russian site hadn't told it, complete with video ...
7825
Read