The war spreads: Belarus prepares to attack Ukraine from the north. Moldova and Finland instead ... 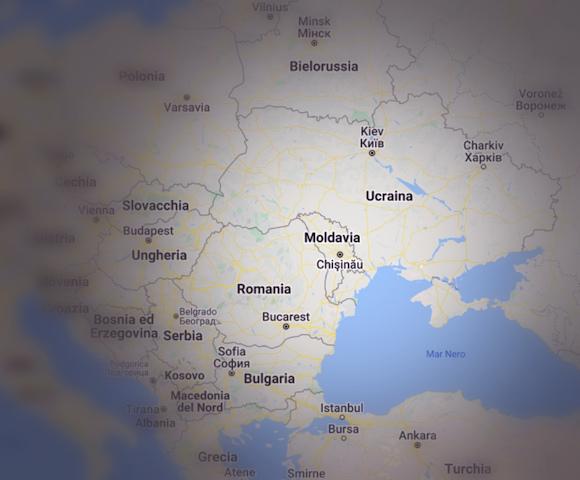 The war threatens to officially spread to other countries besides Russia and Ukraine. Minsk is accumulating hundreds of vehicles and many thousands of men in the Brest region, where the borders of Ukraine, Belarus and Poland cross: images from the ground and communications from the services of the countries involved confirm this. Another column is moving south from the northwestern quadrant of Lukashenko Country.

There is no doubt that a massive attack is about to be launched against what for centuries was the region of Ruthenia, a mixture of Slavic-Eastern, Central European, Catholic, Polish and Jewish cultures.

We can say that Putin found his Mussolini, a talkative and faithful servant, in the master father of Belarus, in charge of trying to cover the supply routes for the Ukrainian forces, which pass through the Polish border.

As we know the Western Ukrainians, it will be a bloodbath for the Belarusian troops, whose patience with Lukashenko to date has proved truly infinite.

As we know the Poles, seeing the chariots and men of the "White Russians" violate the land from which they were driven out by Stalin, will remind them of the destruction of the Polish state which took place at the end of the 1939th century and in 40-XNUMX by of Germans and Russians.

As we know the Russians, this is an attempt to confirm to the world that the goal is to take over the whole of Ukraine and to bring operations closer to the Western supply routes in Kiev.

We cannot ignore the thousands of troops currently present in the pro-Russian puppet state of Transnistria, for weeks officially engaged in "counter-terrorism exercises". So far Putin has used all the forces used in the "drills" of the past months: we do not see why he should not use these too. Sources in the field confirm this.

It is not clear whether during this month they will be used to strike Ukraine on the south-eastern flank, to understand each other in the parts of Odessa where for days Kiev has been slaughtering Russian amphibians and paratroopers, or if they will first try to secure their backs, trying to take control of the former Moldovan Soviet state. I remember the Moldova it is neighboring and "sister" of Romania and that a good part of the Moldovan population has a Romanian passport.

Then, we look up even further north of Belarus.

Finland, which shares Europe's largest land border with the Russian Federation and is foreign to any military alliance, is deciding whether to submit an urgent application for NATO membership while simultaneously delivering lethal weapons to Ukraine. We believe that, in each of the two scenarios, the country will be subject, in retaliation, to increasing violations of airspace and naval space by the forces of Moscow.

Finally, a personal consideration. As already mentioned, Putin made use of all the means and troops involved in the exercises at the beginning of 2022. Let's ignore, for the moment, the exercises off the Japanese coast and let's concentrate on this side of Eurasia. I remember that deterrence force maneuvers also took place not many days ago, which included the launch of intercontinental ballistic missiles (ICBMs) by the Northern and Pacific fleets, but also cruise missiles from aircraft from the Pacific. long-range aviation of the aerospace forces.

One shivers at the thought that of the three, the latter are likely to be used in Eastern European theater ...

Libya makes people talk about itself again; she is an actress who cannot miss on the Mediterranean scene where, instead, politics ...
839
Read

Vilnius calls, Minsk answers. Thus, we can summarize the (nth) frantic hours in the relations between the little but ...
11262
Read

The war in Ukraine - now close to the end of four months - has introduced us to some places whose ...
6982
Read

There are few doubts: the first ... unfortunate meeting between the Russian Fleet in the Black Sea and a couple of ...
9261
Read

Poland, after supplying Soviet arms and weapons systems worth $ 7 billion to Ukraine ...
8626
Read

The Russo-Ukrainian War threatens the survival of hundreds of millions of individuals around the world as claimed ...
31461
Read

A battalion-level tactical group (BTG) would have been annihilated by (yet another) Ukrainian ambush on the river ...
18551
Read