Germany violates the embargo and sells weapons to Libya 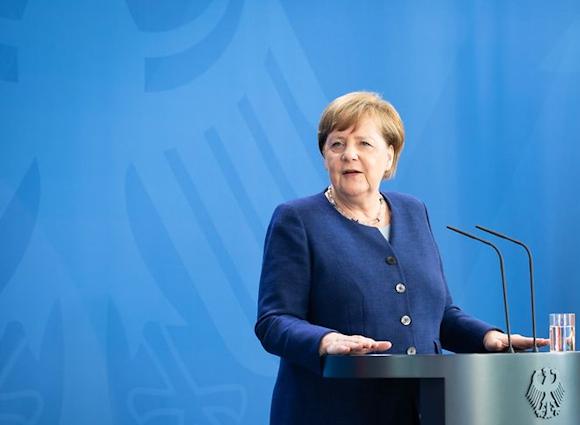 General Khalifa Haftar announces, with bombastic tones, the beginning of the largest air campaign in Libyan history after the arrival in Cyrenaica of 8 Russian aircraft (6 Mig-29 fighters and 2 Sukhoi-24 fighter-bombers according to sources).

Haftarian Air Force Commander Saqr al-Jaroushi raised the dose by stating: You are about to see the largest air campaign in the history of Libya in the coming hours, to target Turkish interests and forces of the Tripoli government in all Libyan cities.

Waiting for that the strong man of Cyrenaica unleash a new one Battle of England, the Emirati allies have conducted (using Mirage 2000EAD fighter-bomber), in recent months, CAS (Close Air Support) missions against the positions of the Turkish militias, which support Prime Minister al-Sarraj, in Tripolitania. The Turks certainly did not stand by; Naval units of Ankara, probably class frigates, have long been present in the Gulf of Sirte Barbaros (Meko 200 built in Hamburg), which launched RIM-162 surface-to-air missiles, however without shooting down any aircraft.

The situation on the ground then returns to become incandescent after the defeats suffered by Haftar both along the western coastal strip up to the Tunisian border, and in the Tripolina region where three days ago regular troops and Tripoline militias recaptured the al-Watiya air base (photo ) and the bombings of the LNA that dangerously lap Sirte. 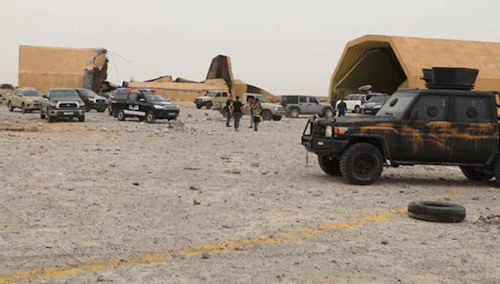 To feed their respective armies, the contenders need continuous supplies of weapons from abroad and it is precisely on this issue that a complex international game is played which sees protagonists - at least in this case - also some European countries. The news published by the German information site Deutsche Welle on the sale of arms by Germany to Egypt, Turkey and the United Arab Emirates has opened another delicate front.

The German Ministry of Economy because of a question presented by the parliamentary group of the radical left Die Linke, released a report that tells an interesting - how embarrassing for the Merkel government - background of the Libyan conflict: in the period between 20 January and 3 May Berlin sold weapons to Egypt for 308,2 million euros, at Turkey for 15,1 million and the United Arab Emirates for 7,7 million. And these weapons have not been placed in their respective arsenals but have directly taken the road to Libya, in the case of the Turks for Tripoli and in the case of Egyptians and Emirates for Tobruk.

Germany therefore, even if indirectly, violated the arms embargo on Libya launched at the Berlin Conference on 19 January. Given that the ban on selling weapons to Libyan contenders had been defined, just instituted, as a "buffoonery”By the professionals themselves given the difficulties in controlling traffic along the Mediterranean routes, but there is a political question, namely that a European liberal-democracy has violently violated the clauses of a document voted and sponsored by it, regardless of previous contracts or outstanding. 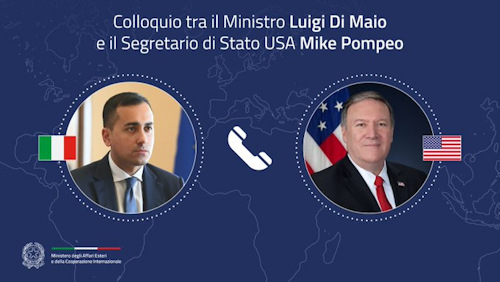 The Italian government yesterday approved the mission decree which also includes the European Mission Irini to guarantee the arms embargo in libya and to combat any illicit trafficking. It will be of little use, however, if the same European partners of the mission, Germany above all, favor the sale of arms in the former Italian colony.

The news spread by Deutsche Welle they could be a real bomb ready to explode in the hands of the German government majority, because if it is true that the Latin saying pecunia non olet it always has its intrinsic validity in international politics and in the arms trade, on the other hand the political risks associated with the publication of the report on "military gains" by Chancellor Merkel are tangible.

So while both Libyan sides are armed from Berlin in reverse, Rome asks Washington, through the mouth of Foreign Minister Di Maio, to avoid external interference in Libya.

One could venture that Rome has a short-sighted view of foreign policy, reality, much more raw is that guaranteeing national interests is not a strong point on the Conte government's agenda.

Photo: Press and Information Office of the Federal Government / Twitter

For more than a month now, the Manila government has been denouncing the continuing violations of territorial sovereignty ...
3083
Read

In the globalized world, we take for granted free access to water resources, essential for the survival of ...
644
Read

Let's start with an apodictic fact: Kiev has never given up on wanting to regain the territories lost in 2014. This does not ...
4303
Read

The city of Palma, located in the province of Cabo Delgato, in the north-east of Mozambique (where there is an important ...
1163
Read

The Chamber of Deputies of Paraguay rejected and dismissed the request for impeachment presented by the opposition ...
859
Read

The Habata air base was, until a few years ago, a small airport located in the Egyptian territory about 50 km ...
2866
Read

"The position of the boat, relatively close to the Iranian coast at the time of the explosions, could suggest that ...
1765
Read

Like any self-respecting new American administration, Biden's must have its baptism of fire ...
2103
Read

On February 16, the United States Congress gave the green light to the sale of arms to Egypt, to ...
1917
Read