Home geopolitics Foreign Shorts The Russian-Lithuanian crisis does not go out: Mosc ... 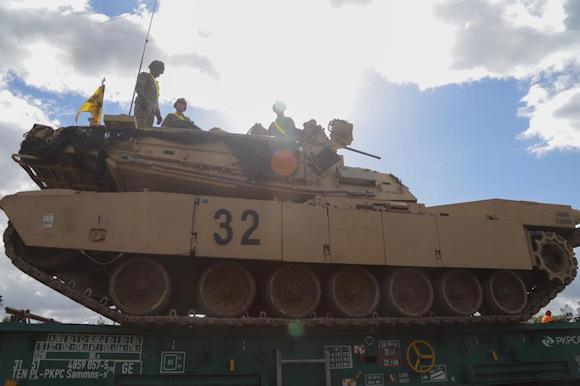 Vilnius calls, Minsk answers. Thus, we can summarize the (umpteenth) frantic hours in the relations between the small but daring Lithuania and the last ex (neo?) Soviet regimes in Europe.

But let's go in order. The month began, as readers will recall, with the Russian Duma wanting to deny the independence of the Republic of Lithuania and continued with the blocking of the transit of sanctioned goods and bound for the Russian Oblast of Kaliningrad by train and truck through the same Baltic state.

Lithuanian President Gitanas Nauseda earlier this weekend called on NATO to take a more visible presence in the Baltic states to counter the threat Russia poses via Belarus. The changes that have taken place in Minsk are enormous and make Lithuania more vulnerable to a quick Russian attack. For this, they require a change in the security arrangements of the region. Today's Belarus is nothing more than one more province than Putin's empire where the Russian army can do whatever it wants to move forces, to deploy equipment. The new reality leaves us no time to react, because Russian troops could easily be deployed very close to our border and there will be no time for reinforcements. Beyond the individual case of Lithuania, what is most important for the Baltic countries is to have very clear assurances from the allies of a more visible NATO advanced military presence.

Regarding the war, not even the Hamletic doubt of our politicians has arisen as to whether arms can be supplied to Ukraine for its defense: on the contrary, he has argued that we must do everything for Ukraine, providing it with every form of support, including (also and above all) heavy weapons, quickly and in significant quantities. Time and numbers matter in this war. Finally, he specified that we must act like this because the Kremlin aims to attack Western values, to cut transatlantic ties and to submit Europe to the will of Russia.

The response from Minsk could not be missing, which was the first to come into question, as well as from Moscow, which does not hide the fact that it considers Vilnius its main opponent in Europe.

The self-proclaimed Belarusian president Lukashenko - we remember: his latest re-election was considered a real farce by many governments, not only Western - during today's meeting in St. Petersburg with the Russian counterpart Putin defined a real declaration of war on the part of Lithuania to have isolated the Russian oblast of Kaliningrad and offered the Kremlin to oppose the West also through Belarus. Thus, Putin has seized the ball and announced the next deployment of hypersonic missiles - on which conventional and nuclear warheads can be mounted, he specified - in Belarusian territory.

Patrushev, the secretary of the Russian Security Council but above all the true gray eminence (or black soul, if you prefer ...) of the Kremlin also made himself heard: Russia will certainly respond to such hostile action, take measures that will have a serious negative impact on the population of Lithuania. And to think that here, beautiful souls, there are those who worry about the impact of sanctions on the Russian civilian population ...

Also making the Russians nervous is the fact that about half of the troops and equipment present in Kaliningrad until a few months ago have been moved to Ukraine. The United States, on the other hand, has bolstered NATO forces in Lithuania, with some 700 US troops currently rotating in the country to supplement a regular contingent of 1.150 German, 250 Dutch, and 200 Norwegians.

Nor is the threat of cutting gas supplies worthwhile, because in doing so the Russians would also leave the other Baltic customers without them, but above all they would find Lithuania connected to the European grid.

Amid so many tensions and long faces, at least one good news for the Russian community of Kaliningrad has emerged: the sanctions already announced on Russian vodka will not come into effect until 10 July. For another two weeks, a drink will be guaranteed: then, we'll see ...

This morning the report, a bit slow and boring, of the war in Ukraine in the last two weeks has suffered a ...
12082
Read

Chornobayvka is at the center of the story - so far little told in Italy but has become famous in Ukraine and in many ...
16579
Read

A few hours after our article on the "game changer" induced also and above all by the HIMARS weapon systems in the war ...
23951
Read

Friday 8 July a few kilometers from the site of the massacre of almost two entire battalions about two months ago (...
18021
Read

The entry of Sweden and Finland into the Atlantic Alliance is in serious danger of causing, if not war ...
4225
Read

Lithuania has begun to ban the rail transit of goods subject to EU sanctions to the ...
13059
Read