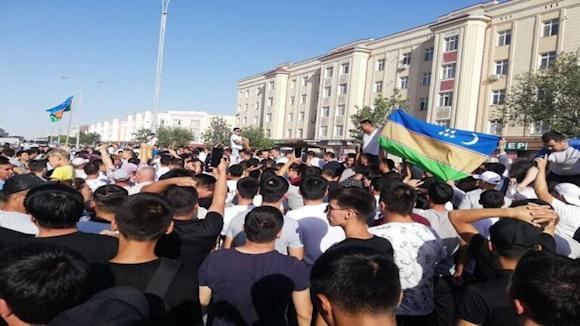 The trial of the 22 defendants arrested following the protests of 1 and 2 July in Nukus (Uzbekistan) is currently taking place.

It was not the first time that similar demonstrations have been seen in the region, the bloodiest was that of May 2005 when, in the city of Andjian, the troops of the National Security Service Uzbeks fired on a crowd, killing an estimated 187 rioters.

In July of this year, however, 18 people (civilians and policemen) died and 243 were injured during the protests and, according to the National Guard, just over five hundred were arrested and then gradually released. The government accused the demonstrators of marching on the city of Nukus and that the provocateurs had attempted to seize institutions and destabilize Uzbekistan. Government officials said there had been a misunderstanding about the constitutional reforms being discussed in the capital. 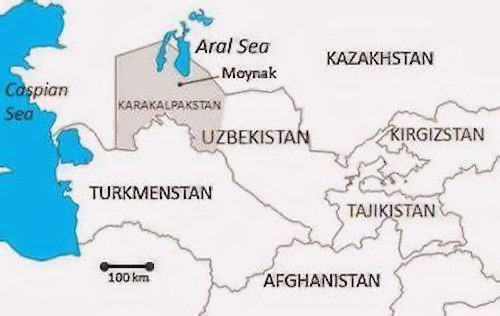 The trial is underway in Bukhara center equidistant, about 600km, from Nukus and Tashkent under the presidency of Y. Abibullayev, judge of the criminal panel of the Karakalpakstan court. The charges against the defendants have been formalized and the hearings have begun, which will continue over the next few days.

Among the accused also journalists, lawyers, bloggers, teachers and the head of the criminal investigation department of the Ministry of Internal Affairs of Karakalpakstan, Pulat Shamshetov. Some of the charges against them are: complicity in intentionally grievous bodily harm caused to two or more persons, conspiracy to seize power or overthrow the constitutional order of the Republic of Uzbekistan, legalizing the proceeds of criminal activity, organizing riots accompanied by violence, hooliganism associated with resistance to a representative of the authorities or the public performing protective tasks.

President Mirziyoyev's spokesman, Sherzod Asadov, said in July that "all recent events were prepared and organized not one, and not ten days before they took place. These events have been preparing for many years by foreign forces. The main goal is to violate the territorial integrity of Uzbekistan and trigger an interethnic conflict"2However, there is no substantial evidence to support these claims.

It is not wrong to think that the Russo-Ukrainian war could have repercussions on the security and stability of all the countries of the former Soviet Union and the events of the last year would prove it. In particular we are referring to the crisis in Kazakhstan where the demonstrations against the rise in fuel prices were not long in coming, causing several deaths.

Moscow continues to have a profound influence in Central Asia even if, by now, the former Soviet republics have developed complex internal dynamics that concern it marginally.

Since the 60s, Moscow has begun to divert the waters of the rivers, tributaries of the Aral Sea, the Amu Darya and the Syr Darya in order to irrigate the cotton plantations and this has led to a progressive shrinkage of the aquifer basin. After the fall of the USSR, the autonomous republic signed an intergovernmental agreement (1993) on the inclusion of Karakalpakstan in Uzbekistan for at least twenty years and also provided for the possibility of holding a referendum for secession.

However, the constitutional proposals of the current executive just mentioned, would have de facto deprived Karakalpakstan of its autonomy and the right to hold a referendum.

Even if the region is rich in copper, silver, gold, uranium, it does not have infrastructures and an institutional system such as to be able to become completely independent from the central government, condemning it to a regime of deep depression. The economic dissatisfaction and the constant tensions with the central government regarding possible limitations on its autonomy certainly do not favor the revitalization of the region and indeed increase hotbeds of protest.

The death toll from yesterday's suicide attack in a "Pakistani" mosque has risen to 89 dead and 160 injured...
1465
Read

Within a month, the approximately 400 soldiers of the French forces of the "Sabre" operation will have to leave the territory of the ...
2338
Read

Al-Shabaab strikes again1. This time the balance of the attack against a Somali army base perpetrated by ...
1202
Read

In less than a year, the African continent has experienced eight coups and attempted coups. But the cravings of…
1575
Read

While in Italy there is more or less serious discussion of "mini naia" and its possible form, duration and purpose,...
1699
Read

The trial of Salih Mustafa, a former commander of the ...
2335
Read

During a recent trilateral summit with the President of Azerbaijan, Ilham Heydar oğlu Aliyev, and that of the ...
1274
Read

The High Court in London has found the British government's plan to send asylum seekers to Rwanda lawful. The...
1283
Read

Peru has declared a national state of emergency. Over the past week, since now ex-President Pedro…
1992
Read