Home geopolitics Foreign Shorts Israel prepares for the next (imminent ... 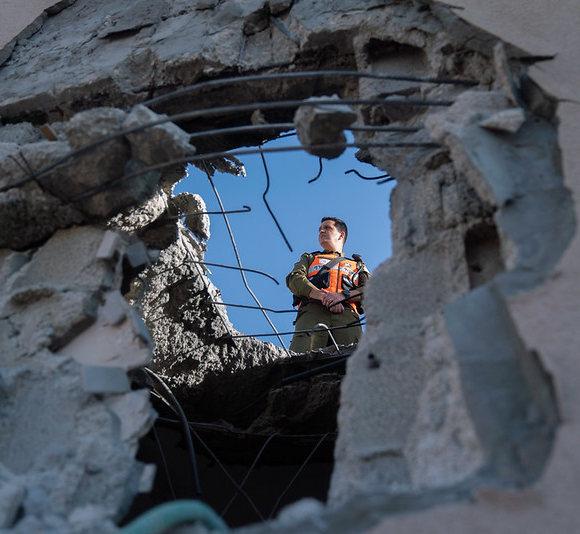 In early November, Israeli Defense Forces Colonel Yaniv Wolfer, head of the protection department of theHome Front Command, gave an interesting interview in a US weekly about a recent exercise on securing the country's northern border. According to the article, as the Israeli army prepares for war scenarios on several fronts, including Lebanon and Syria, about a third of the country's population does not have air-raid shelters.

“We are preparing for war, but we hope there will be peace. In this exercise, we deal with the protection of the northern border and the lack of shelters for civilians ", Yaniv Wolfer said. “We are talking about 30 percent of the population who have no housing. This means that only 70% of civilians have a place to stay when a missile strike hits Israel. ".

The exercise along the northern border of the country was carried out in late October by the command of the home front, together with theNational authority for emergency management (NEMA) of the Ministry of Defense, simulating the responses to various conflict scenarios. The week-long exercises were also joined by the emergency organs, including the fire brigade, the police, the Magen David Adom (emergency medical service, civil protection, ambulances and blood bank of the State of Israel, ed) and the local government authorities.

The previous exercises of theHome Front Command they concerned the Gaza Strip, which according to Wolfer has more limited and minor threats than those presented by Lebanese Hezbollah in the northern part.

“They will always try to surprise us. We try to get inside their heads to try to imagine what the surprises might be. Let's try to understand not the strengths but the weaknesses, now, when the missiles are not falling yet "- Wolfer said.

The issue of shelters is complex: although shelter is the safest place to be during a missile attack, it is not a guarantee of foolproof protection in the face of a direct flurry of rockets. "We have mobile shelters that we can set up, but they aren't enough. It's a problem, but you can't build in a day or a week what you haven't done in 70 years".

A further aim of the exercise was to improve instruction for civilians by providing practical tools to answer questions from the public, local authorities and the press. They are also looking for specific places to place mobile shelters, for example, Wolfer noted, in grocery stores, so that civilians can buy water and groceries.

Also responsible for the protection from hazardous materials, as well as products in factories such as ammonia, fluorine and bromine, Wolfer says in this regard: "we must make sure that in the event of a missile attack, the hazardous materials are not released into the atmosphere and do not affect the population. In Haifa Bay, there are many other material factories and we protect them to prevent dangerous events. "

Wolfer concluded on the business: "At the end of this drill, I want to be in a place where I know exactly what to tell the population when the missiles hit".

Meanwhile, on the Iranian front, Prime Minister Bennett described Iran in a security conference at Reichman University on Tuesday. "in the most advanced stage of its nuclear program. Israel is not a party to and not bound by the Agreement (Joint Comprehensive Plan Of Action, ed)".

JCPOA negotiations will resume on November 29 from the 2015 agreement from which former US President Donald Trump withdrew, deeming it insufficient to defuse potential bomb making. An opinion shared by the Israelis.

The Russo-Ukrainian War threatens the survival of hundreds of millions of individuals around the world as claimed ...
27814
Read

A battalion-level tactical group (BTG) would have been annihilated by (yet another) Ukrainian ambush on the river ...
16140
Read

At the height of three days of tensions, the Latvian parliament approved a bill allowing the ...
88324
Read