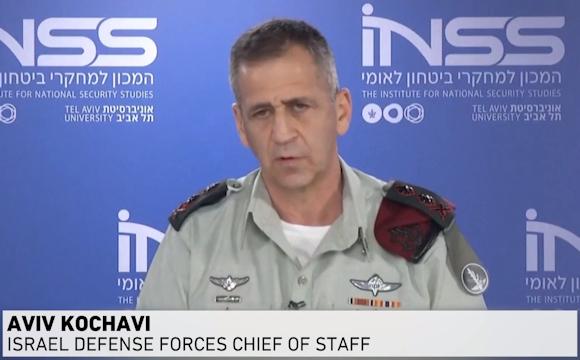 "The position of the boat, relatively close to the Iranian coast at the time of the explosions, could suggest that it is an attack by the Pasdaran, but it is something that must be thoroughly verified"said Gantz, president of the Knesset.

Four days after being damaged by an explosion that pierced both sides of her hull, above her waterline, while in the Arabian Sea, the MV Helios Ray, a Bahamian-flagged transport ship owned by Israeli company Ray Shipping Ltd, has arrived in Mina Rashid, United Arab Emirates, where investigators will try to determine what exactly happened.

According to the owner, the two holes in the hull, about one and a half meters in diameter, could have been caused by "missiles or magnetic mines attached to the boat". In any case, the track of the accident seems totally excluded at this stage.

In a ceremony organized by8200 unit, which specializes in electromagnetic intelligence, cyber defense and decryption of encrypted information, the chief of staff of the IDF, General Aviv Kochavi, has gone from suspicion to openly accusing Tehran.

"In these days, we have received an analysis in which it is asserted that Iran is not only a nuclear threat, but that it is carrying out terrorist actions against civilians", General Kochavi said. "The IDF are acting and will act against these threats here and far [...] thanks to its intelligence of which Unit 8200 is a pillar", he warned.

Today, Israeli Prime Minister Benjamin Netanyahu was even more explicit: “It is clear that this is an Iranian act. And as for my answer, my policy is known. Iran is Israel's greatest enemy and I am determined to stop it. We will hit it throughout the region ", he threatened. “More importantly, Iran will have no nuclear weapons whatsoever, whether there is a deal or not. This is what I told my friend, US President Biden ", he added.

The IDF response may have already taken place. In fact, in the night between February 28 and March 1, the official Syrian agency Sana announced that Israeli missiles had been intercepted on Damascus. According to the Syrian Observatory for Human Rights (OSDH), the positions occupied by the al-Quds Unit of the Iranian Revolutionary Guards and by Hezbollah, the Lebanese Shiite militia, in the Sayyida Zeinab region, south of the capital, have been targeted. Syrian.

Let's start with an apodictic fact: Kiev has never given up on wanting to regain the territories lost in 2014. This does not ...
4089
Read