Home geopolitics Foreign Shorts ISIS on the run from Palmira. The Syrians enter ...

ISIS fleeing from Palmira. The Syrians enter the citadel 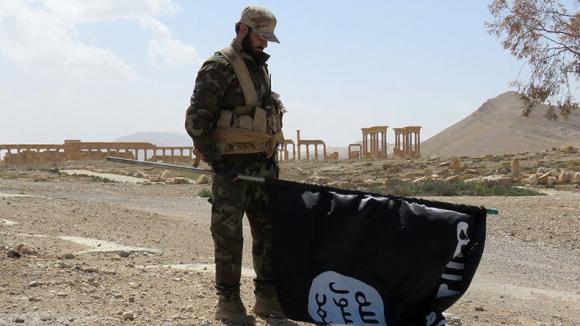 For several weeks, as reported several times by Difesa Online, the offensive by Syrian troops west of Palmira seemed imminent. At this time, as we write, local sources speak of a complete withdrawal of the jihadist militia of the Islamic State from the ancient city.

Now completely dominated by Syrian forces, the Caliphate militiamen have abandoned the inhabited center, leaving only suicide units, explosive traps and minefields to protect the retreat.

Supported by a continuous aerial hammering carried out by Syrian and Russian fighters and helicopters, the Damascus troops would have first neutralized the machine-gun positions distributed by the terrorists on the heights surrounding the city and then they would have entered the castle, a fundamental strategic site to regain control of the city.

The 5 participates in the offensivea Legion (unit of newly formed volunteers trained directly by Moscow), the 134a and 167a 18 Brigadea Armored Division (competent for theater east of Homs), territorial elements of the National Defense Forces, paramilitaries of the southern tribes and special departments of Hezbollah. The situation is still very fluid. Although the militia are in disarray and in retreat, it is still not certain when Syrian troops will regain total and definitive control of Palmyra. The need to avoid large losses pushes Damascus to relative caution.

The Russo-Ukrainian War threatens the survival of hundreds of millions of individuals around the world as claimed ...
24198
Read

President Joe Biden has signed the measure, approved by the Senate, which authorizes and facilitates the provision of a ...
13269
Read

A battalion-level tactical group (BTG) would have been annihilated by (yet another) Ukrainian ambush on the river ...
15812
Read

For several days in Chad (one of the poorest countries in the world) demonstrations against the French presence have been raging ...
2301
Read

Libya continues to be shaken by uncontrollable instability, even if the attempts of the UN are ...
3272
Read

The war in Ukraine has multiple side effects, including the run-up of the countries most dependent on ...
3113
Read

At the height of three days of tensions, the Latvian parliament approved a bill allowing the ...
88133
Read

On 7 May, NATO Secretary General Jens Stoltenberg of Norway during an interview with the newspaper ...
3792
Read

“The Russians don't have the ability to enter the Azovstal tunnels ... That's not just a normal tunnel, that's a ...
12432
Read