Iraq, the Sunni mosque of Mosul blows in the air. It shakes the Islamic State exactly where it was born 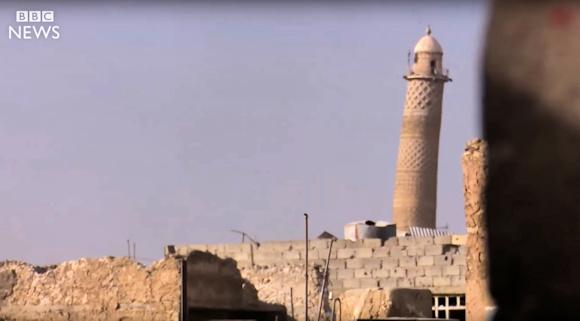 Al Nuri's Sunni Mosque is a symbol, not just for Mosul. Right there, in the 2014 Al Baghdadi had proclaimed the Caliphate, giving way to the terrorist terror that devastated Iraq and Syria for three years and also covered the rest of the world with blood. Al Nuri was famous for the leaning minaret, making Mosul a sort of Middle Eastern Pisa, but above all for having been built during the third Islamic Caliphate, the Abbasid, political and ideological reference of Al Baghdadi.

The destruction actually took place on June 21, but the whole building occupied by the Islamist militias was seriously compromised for some time, since when the battle for Mosul had moved to the old part of the city, turning into a very bloody urban clash.

The ISIS media platform, the Amaq agency, spoke of an American raid, but Iraqi and US sources categorically deny it. The mosque was blown up by retreating terrorists.

The sunset of the Caliphate is precisely in this gesture. This is underlined by the Iraqi prime minister, the Shiite Al Abadi, leader of the Iraqi front that fights the Sunni jihad.

While soldiers of the 9a Iraqi Armored Division (armed and structured by the US) are advancing their way to free the remaining districts of Mosul still held by the Islamic State, Shiite militias continue to fight what remains of the Caliphate in rural areas to the west of the city.

The Iraqi position at the turn of the US-led Coalition and the pro-Syrian Shiite cartel will be the needle of the balance of post-Caliphate Middle Eastern scenarios.

For more information on the Syrian crisis read our section

The entry of Sweden and Finland into the Atlantic Alliance is in serious danger of causing, if not war ...
3168
Read