Iraq: the campaign against ISIS is about to end 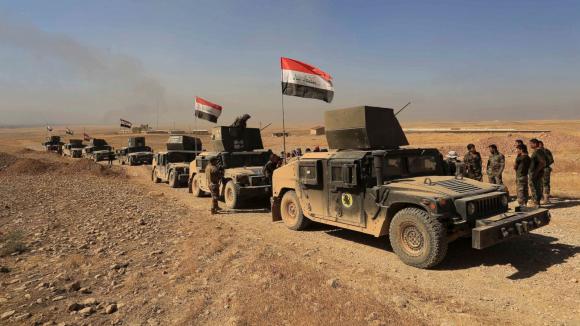 The Iraqi Prime Minister, the Shiite Al Abadi, officially announces that the operations against the Islamic State terrorists have entered the final phase. According to the prime minister of Baghdad, all the combatants who surrender will have guaranteed a fair trial. Those who continue to fight will be inexorably killed in the coming days.

The announcement follows the latest military developments which see progress especially in the western sector of the city of Mosul. Yesterday afternoon the confirmation of the liberation of the Ramparts area, around the old train station, while operations are underway to secure the Old Bridge, the third of the five bridges over the Tigris that connect the eastern and western sides of Mosul. The Tigris, which continues its run in Iraq until it joins Basra with the Euphrates (another crucial river in the fight against ISIS), has so far been a point of reference for the entire battle of Mosul. Securing the bridges is one of the factors that is helping to trap the terrorists of the Caliphate.

The fights between the 9a Armored division of the Iraqi army flanked by units of the Federal Police and the militia of the Caliphate would be particularly harsh in the area between the Old Bridge and the Jamhuryia bridge, practically the heart of the city. In this regard, the role of the Iraqi Federal Police, which unlike theIraqi Police Service often plays a role of urban counter-insurgency and participates in special rapid intervention operations, even on a large scale.

The capital of the region of Nineveh now seems on the verge of capitulation. Almost the 90% of the city is back under the control of government forces.

Remains to be seen the future role of Shiite militias (Popular Mobility Units) who are making a substantial contribution along the entire western front of Mosul, towards the Syrian border. It should be remembered in this regard that Mosul is a Sunni city and that the anti-ISIS operations developed in Iraq, sooner or later they will have to overlap with those in progress in Syria, where the panorama looks very different.

The war in Ukraine has multiple side effects, including the run-up of the countries most dependent on ...
2479
Read

At the height of three days of tensions, the Latvian parliament approved a bill allowing the ...
73957
Read

On 7 May, NATO Secretary General Jens Stoltenberg of Norway during an interview with the newspaper ...
3394
Read

“The Russians don't have the ability to enter the Azovstal tunnels ... That's not just a normal tunnel, that's a ...
10869
Read

The escalation of tensions between Russia and Israel continues. The statement on ...
7714
Read

This tweet you see is not the reaction of a keyboard lion, nor the post of a bored retiree passing the ...
3377
Read

Yesterday, on the sidelines of the visit of the speaker of the American lower house, Nancy Pelosi, Jim McGovern, a ...
5823
Read

"A major escalation is avoidable", so tweeted a few days ago Tor Wennesland, special coordinator of ...
934
Read

This would be an unbelievable story, if the protagonist on the Russian site hadn't told it, complete with video ...
7699
Read