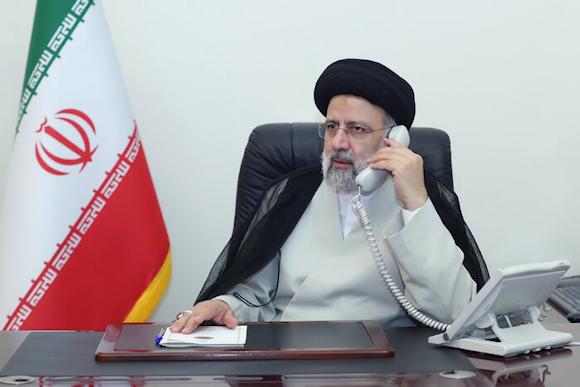 Anyone who thinks that geopolitics is not also an evaluation of the human variable is wrong. It is not taking part, but it is that essential alpha that manages to send all the best and most rational analyzes to ball, just look at Ukraine. Or to Iran ...

A republic unfailingly protected by the transcendent, widely spread by those who have become its interpreter and executor, it is traversed by revolts triggered by a spark lit by a veil and another by the extinguishing of a still pulsating life. It is a fire still lit by the hundreds of lives only apparently canceled, rekindled in the memory by an almost unreal courage.

The ultimatums have now arrived, and we do not think it is enough to smile looking at the game of the turban removed from the head of a mullah and made to bounce on the ground. Not considering these irrational and intangible elements is the catalyst for a congeries of errors concerning the future in the medium-long term.

It's time for ultimatums: if the commander of the Revolutionary Guards Salami keeps his promises, in the next few days the Ayatollahs' mallet will strike what remains of the culture and civilization of a millenary nation; if, on the contrary, the insurrection continues to flare up, a power vacuum will be created which must be filled as soon as possible, but how?

Iran is prostrate, the sanctions have struck, the need now pushes to support another former great power in great difficulty while nuclear ambitions continue to impose themselves on the attention.

A desirable hypothesis is that Tehran could return to being the other true political column of the Middle East in balance with Saudi Arabia, a founding plinth worthy of the history and tradition of Persian civilization. At this moment, however, this drawing still belongs to the future, we will see it and write about it soon.

Now is the time for the streets, for the struggle of a people that challenges a preponderant force. Between the fire and the blood that burn and flow between Tehran, Kerson and Kiev, what is striking is the Western emptiness: the news is scant, reductive, often not exactly impartial evaluations.

While in western Athens the use of definite articles is debated, in the easternmost hour Sparta people die on a principle. Will this be the last night for Persian freedom?

The death toll from yesterday's suicide attack in a "Pakistani" mosque has risen to 89 dead and 160 injured...
1333
Read

Within a month, the approximately 400 soldiers of the French forces of the "Sabre" operation will have to leave the territory of the ...
2329
Read

Al-Shabaab strikes again1. This time the balance of the attack against a Somali army base perpetrated by ...
1201
Read

In less than a year, the African continent has experienced eight coups and attempted coups. But the cravings of…
1573
Read

While in Italy there is more or less serious discussion of "mini naia" and its possible form, duration and purpose,...
1696
Read

The trial of Salih Mustafa, a former commander of the ...
2334
Read

During a recent trilateral summit with the President of Azerbaijan, Ilham Heydar oğlu Aliyev, and that of the ...
1274
Read

The High Court in London has found the British government's plan to send asylum seekers to Rwanda lawful. The...
1282
Read

Peru has declared a national state of emergency. Over the past week, since now ex-President Pedro…
1989
Read