India-Pakistan: escalation of clashes (on land and in the skies) and bombings in the last 24 hours 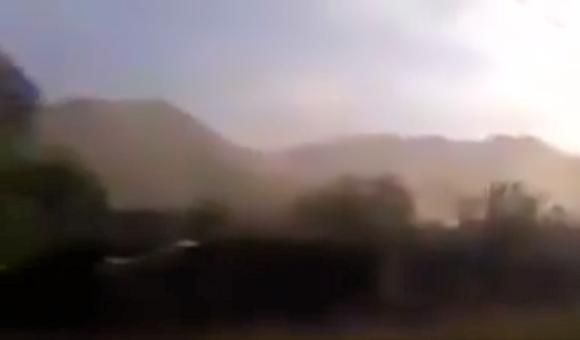 To understand what is happening in these hours between India and Pakistan, we have to take a step back, on Valentine's Day. On February 14, a convoy of police forces, placed under the Indian Interior Ministry, was the target of a suicide attack that caused 40 deaths among the police. Following a claim, the attacker was identified as Adil Ahmad Dar, a resident of the Kashmir territories occupied by New Delhi and a member of the Islamist group - based in Pakistan - Jaish-e-Mohammed. This is the fifth attack of this kind conducted by Islamist militants in the region by the 2015.

According to many authors, including Ahmed Rashid1 and Bruce O'Riedel2, "The Army of Muhammad" (this is the meaning of the name) is a direct emanation of the ISI (Inter-Services Intelligence), the infamous security services of Pakistan. Among his major attacks, we recall those in Mumbai, the financial capital of India, the 26 November 2008. It is a singular terrorist organization, as it is repeatedly "protected" by UN and / or American sanctions nothing less than China, probably as a destabilizing element of the Asian rival, India. In conclusion, Jaish-e-Mohammed it is located right in the middle of the B Asian.

The investigators reported that the car carried more than 300 kilograms of various explosives, including 80 kg of RDX, a highly detonating nitrate - and ammonium, whose origin was not well understood.

The Indian government has not been slow to act: it has revoked the most favored nation status granted to Pakistan and raised the customs duty on all Pakistani goods imported into India to 200%, so it took the first steps to put its rivals on the list black for recycling. The economic damage is marginal: the commercial exchange between the two giants of the Indian subcontinent is from ... telephone prefix.

Four days after the attack, the Indian security forces - losing four other men - managed to kill the terrorist recruiter and other supporters. Thus emerged the first, so to speak, Pakistani passports.

The February 26 10 at The Mirage, they got up to hit a training camp Jaish-e-Mohammed well indenting to the Pakistani territory, perhaps causing the death of 350 terrorists.

Although the international media only emphasized the shooting down of two Indian Air Force fighters, in the last 24 hours the clashes between opposing opposites have multiplied, the raids of Islamabad jets against positions in Indian territory and strong bombing, reported in other areas of the border, all signs of a violent escalation of tensions between India and Pakistan.

We remind readers that India and Pakistan have, as a whole, almost 300 nuclear warheads: Islamabad, unlike New Delhi, has never adopted in its doctrine the principle of no-first-use.

We will keep you updated in the next few hours. Keep following us.