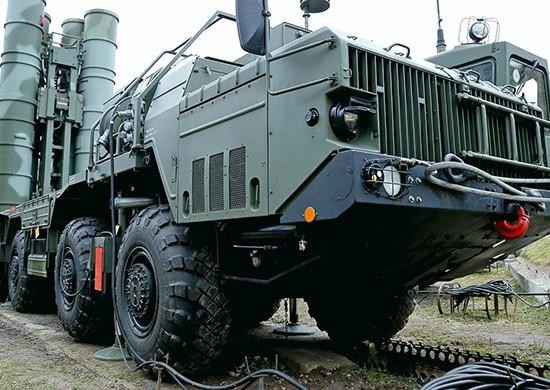 The Caracas government would have decided to deploy the Russian-made S-300VM surface-to-air missile system.

The deployment of the missiles - witnessed by the images provided by the Israeli commercial satellite operator ImageSat International - would be part of the device activated by the Venezuelan Armed Forces in the event that the United States decided to take armed action in the country.

On the American side more and more signals are coming towards an armed intervention. The tension between the two countries accelerated last January 23, when Washington recognized Juan Guaidó - president of the National Assembly of Venezuela - as president ad interim of the country.

To throw fuel on the fire, a note from the 29 January, by the National Security Adviser John Bolton, who would have hypothesized the possibility of sending a military contingent to Colombia for an intervention in Venezuela, thought about it.

It is good to remember that the countries of Latin America do not have direct correlation with the United States, in fact the relationships are regulated according to the principles of the Monroe Doctrine of the 1823. In his speech to the Union, President Monroe warned Europeans not to interfere in the affairs of the American continent, in other words Latin America was the exclusive land of the United States.

To further clarify the concept, we can cite a speech by Theodore Roosevelt's 1904: in the Western hemisphere, the United States' accession to the Monroe doctrine could force them to reluctantly exercise, in flagrant cases of illicit or impotence, an international police role. So Washington could intervene militarily, at their will, in the Western hemisphere. From 1898 to the end of the Cold War, if we exclude funding for various revolutions, in Latin America, the United States has used military force on almost fifty occasions.