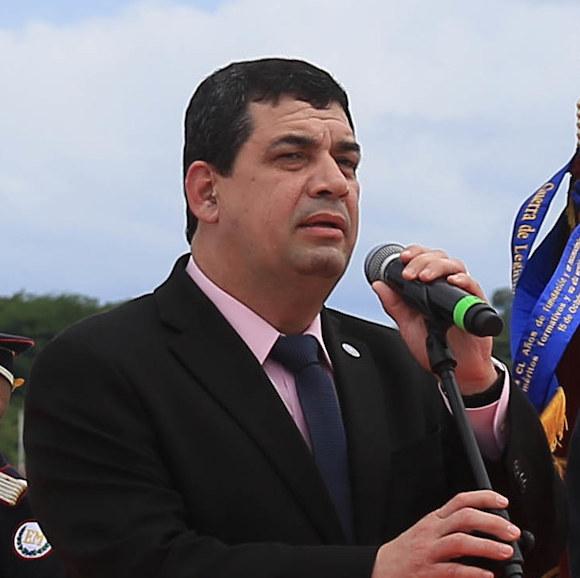 The Paraguayan Chamber of Deputies rejected and dismissed the request for impeachment presented by the opposition against president Mario Abdo Benítez and his vice president Hugo Velázquez (photo), for the poor management of the pandemic.

Who knows if that agreement will follow, which was talked about a few days ago in the foreign press, concerning the start in the country "Chinese vaccine diplomacy", as it has been defined by some analysts.

In fact, the Asian country is making more and more efforts to achieve its supremacy over South American nations by waving its flag as a lifeline for those countries now devastated by the pandemic, such as the disastrous Paraguay, which has remained the only South American bloc that happens to be the case. maintains diplomatic relations with Taiwan.

The fact is that following the inauguration of Taiwanese president Tsai Ing-wen five years ago, giving life to an administration that firmly rejects the "hegemonic policy of China", some Latin American countries have cut diplomatic relations with Taiwan, at the same time attracted by the economic incentives proposed by a real Chinese diplomatic offensive. These also include some countries in Central and South America and the Caribbean.

It was Paraguay's Foreign Minister E. Acevedo who publicly admitted the implementation of various meetings within the government for the negotiation of the Chinese vaccine. It is clear that if the agreement materializes, China will leverage the dramatic situation to achieve the realignment of alliances in Latin American countries.

The same fate befell the Guayana which had no diplomatic relations with Taiwan. Taiwan's foreign ministry announced in February that it had reached an agreement with Guyana, which then unilaterally withdrew from the agreement. Taiwan believes that there has been pressure from China, which had already agreed at the end of January to supply vaccines to Guyana, which had received its 20.000 doses a few days earlier.

Therefore, if Paraguay were to officially start its negotiations with China, it will obviously have to renounce its relations with Taiwan and, on the other hand, China will be able to pride itself on having once again played a strategic geopolitical role in the area of ​​Latin American countries.