The US State Department rectifies: no certainty of a crematorium in Syria 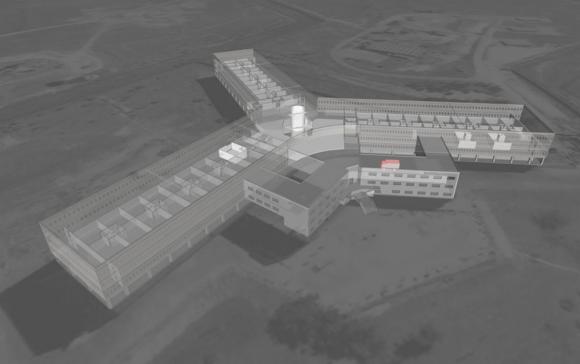 The voice comes directly from Washington. Middle East Matters Secretary Stuart Jones, in a briefing with the press, adjusted the shooting with respect to recent State Department statements. In the Saydnaya government prison in Syria, there is probably no crematorium. A part of the building, renovated in the 2013, is simply warmer.

The alarm was born a week ago, following a complaint in February of Amnesty International, a particularly active organization when it comes to identifying the Damascus government's responsibilities.

Second Amnesty, from the 2013 to today they would have been eliminated by the 5000 to the 13000 prisoners, whose bodies would then have been burned by the soldiers of Assad, to hide the evidence. Amnesty he also proceeded to list a whole plan of torture and planned executions, giving the idea of ​​the existence of a real lager.

The State Department later added that in the Syrian prison located less than 50 km from Damascus, they would be killed by hanging about 50 prisoners a day.

Just as with the alleged chemical attack on Khan Shaykhun in April, no evidence was provided for Saydnaya. The satellite photos adduced in the documentation for the complaint show some buildings of the prison that in winter are not covered by snow like the rest of the structure. Hence the belief in the existence of a crematorium.

The State Department's backtracking eases the tension a bit in a delicate moment for Syria. While talks restart in Astana for the consolidation of the areas of "de-escalation", the government troops are advancing on all fronts (against the Islamic State south-east of Aleppo and in the area of ​​Deir Ezzor) and the Syrian Democratic Forces Arab-Kurds claim to have reached the outskirts of Raqqa, now only 3 km away.

(We would like to clarify that the article refers to the answers given to the press with which the presence of crematorium ovens in Syria is no longer considered certain, but exposed to a reasonable doubt, ed.)

The war in Ukraine - now close to the end of four months - has introduced us to some places whose ...
7167
Read