The Turks arrive at Al Bab, the last ISIS stronghold in northern Syria. The front of Raqqa ignites 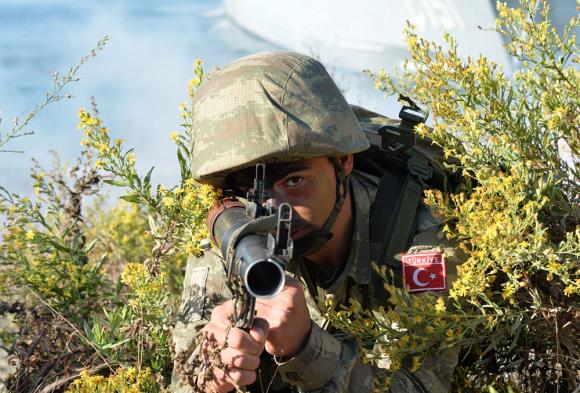 President Erdogan confirmed that Turkish troops, backed by the rebels of Free Syrian Army, occupied the southern access of Al Bab, the last stronghold of ISIS in the Governorate of Aleppo. The city would be about to fall. The Turkish troops and their allied militias are in fact involved in these hours in very heavy clashes throughout the region to the east of the metropolitan area, where the resistance of the terrorists is particularly fierce.

While the Turks are advancing, the Syrian army continues the offensive to the south and, as confirmed by Russian sources, they would have freed Tadef, inhabited center only 2 km from Al Bab. The advance would also cover the road that leads south to Raqqa.

In other words, the grip against the Caliphate is tightening with a scenario unthinkable a few months ago: Syrian regulars, Turkish regulars and Free Syrian Army they are fighting for the same goal. Despite the skirmishes between the Turkish forces and the army of Damascus, the coordination between Russia, Turkey and Iran, for now is giving important fruits on the ground: within a few days, ISIS could disappear from northern Syria.

In fact, all of northeastern Syria is on fire. After announcing the upcoming takeover of Al Bab, the February 12 Erdogan also stated that Shield of the Euphrates it will not stop until Raqqa, the self-proclaimed capital of the Islamic State, will be captured. It is thus made clear that the Turkish offensive in Syrian territory, which began last summer, far from being a short-term reconnaissance, was actually a far-reaching strategic initiative. Ankara, pointing to the heart of the Islamic State, sends a very specific signal: the Kurds who are fighting with US support along the Raqqa route will have to deal with Turkey once the Caliphate has been eliminated.

In this regard, as we write, the Al Amaq agency, spokesman for the Islamic State, announces a large-scale counter-attack west of Raqqa against the Kurdish SDF forces in the area around the Tabaqa dam on the Euphrates River. The clashes would be extremely violent with serious losses on the Kurdish bank.

Damascus, put in line by Moscow, for the moment is watching, trying to get as much advantage as possible on the ground. Although he has always officially protested against the entry of Turkish troops into the country, the Assad government has to swallow the toad by postponing the settlement of accounts with the ISIS after Free Syrian Army, now become a rib of the Turkish regular forces. The Geneva talks in this regard will be decisive.

The Russo-Ukrainian War threatens the survival of hundreds of millions of individuals around the world as claimed ...
27497
Read

For several days in Chad (one of the poorest countries in the world) demonstrations against the French presence have been raging ...
2341
Read

At the height of three days of tensions, the Latvian parliament approved a bill allowing the ...
88291
Read

“The Russians don't have the ability to enter the Azovstal tunnels ... That's not just a normal tunnel, that's a ...
12483
Read