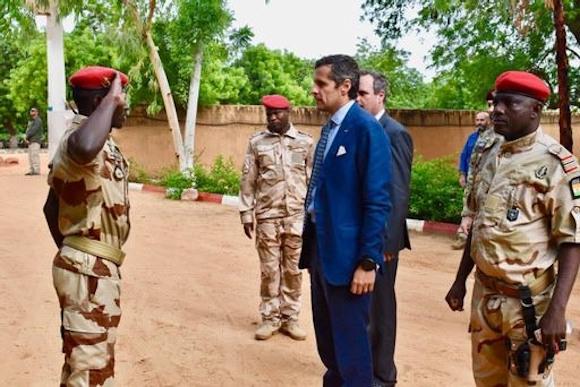 With the end of the mission in Afghanistan, Italy's strategic interests should increasingly focus on the African continent. In addition to the Libyan scenario, which is fundamental for us, another geopolitical context should be at the center of the Farnesina's agenda: the Sahel region.

In recent days, the honorable Matteo Perego di Cremnago, member of the Defense Commission of the Chamber of Deputies and Alessandro Battilocchio, member of the Foreign Affairs Commission, went to Niger to visit the Italian contingent of the MISIN mission (Bilateral support mission in the Republic of Niger) , commanded by General Alessandro Grassano.

The Italian delegation had the opportunity to meet the head of the Nigerian government, Ouhoumoudou Mahamadou, the defense minister, Alkassoum Indattou, and the vice president of the General Assembly, Kalla Ankourao.

All the representatives of the Nigerian institutions underlined the excellent relations that have always existed between Italy and Niger and wished for a further strengthening of bilateral relations also with the supply of equipment to the Nigerian armed forces. 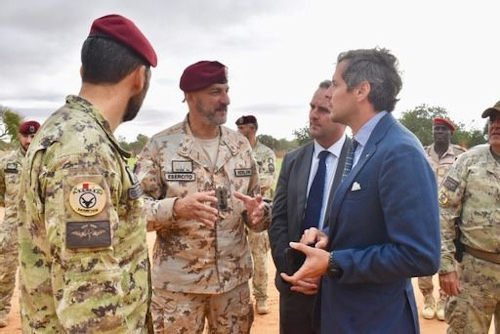 The stability and security of Niger is important for the entire area and it is essential to have a fruitful collaboration also for joint and effective actions aimed at countering jihadist terrorism and illicit trafficking. The fight against illegal immigration cannot ignore a greater and constant interaction with Niger which is at the center of a very complex area, whose control of the territory is very complex.

Indeed, as Mr Perego pointed out, Italy's strategic policy should support the Nigerian security forces to a greater extent, filling the many gaps in terms of the equipment available to them. At present, the Nigerian forces have ex-Soviet, French and Chinese armaments.

Another issue concerns the training that is given to the security forces by the Italian military. In addition to the activities of mentoring (theoretical teachings on the use of weapons and tactics) should also be provided accompanying, or to accompany the Nigerien military in operation to support them in the fight against the jihadist militias.

This morning the report, a bit slow and boring, of the war in Ukraine in the last two weeks has suffered a ...
12074
Read

Chornobayvka is at the center of the story - so far little told in Italy but has become famous in Ukraine and in many ...
16573
Read

A few hours after our article on the "game changer" induced also and above all by the HIMARS weapon systems in the war ...
23941
Read

Friday 8 July a few kilometers from the site of the massacre of almost two entire battalions about two months ago (...
18001
Read

The entry of Sweden and Finland into the Atlantic Alliance is in serious danger of causing, if not war ...
4223
Read

Vilnius calls, Minsk answers. Thus, we can summarize the (nth) frantic hours in the relations between the little but ...
12594
Read